From orphanage to media: The story of Sandra

Sandra Ndale, 17, from M’bobo Village, Traditional Authority (T/A) Nsamala in Balaka, knows what poverty is all about.

Since the age of 11, Sandra has grown up in an orphanage. She was taken up by Step Kids Awareness (Steka) in Blantyre who provide refuge to orphans and street children.

It is  from Steka that Sandra has been able to go to school. She recently attained a diploma in television production, and hopes to joining the media industry in the near future.

“I lost my father at only nine months. It was a huge challenge for my mother to raise me and my four siblings on her own. Most times, we would go to sleep on an empty stomach. We lived in dire poverty,” explains Sandra.

Today, Sandra beams with confidence that other girls can tap from.

On October 11, Malawi joined the rest of the world in celebrating the International Day of the Girl Child. This year’s theme, The Power of the Adolescent Girl: Vision for 2030, fits well with the attributes of resilience that girls such as Sandra acquire to attain good education and have a bright future. It is a day with a mission to “help galvanise worldwide enthusiasm for goals to better girls’ lives, provide an opportunity for them to show leadership and reach their full potential regardless of where they are born.”

Malawi failed to achieve Goal Two of the Millennium Development Goals (MDGs) on universal primary education. The 2014 MDG Report for Malawi records that the country only managed to achieve 79.5 of net enrollment in primary education, against the expected outcomes of a 100 percent to which the report states in uncertain terms that Malawi will not achieve the target by December 2015.

The 2013 Unicef basic indicators also show that lower secondary school gross enrolment ratio for girls between 2008 and 2012 was at 42 percent, while that of upper secondary school for the same period had plummeted to 17.3 percent.

The report warns that the school drop-out rate for girls in secondary school is still on the higher side.

Principal secretary for Ministry of Gender, Children, Disability and Social Welfare Mary Shawa says girls such as Sandra now stand a big chance of making it in life than ever before, courtesy of various policies that government has put in place to uplift the status of girls and women.

In fact, the 2014 MDG Report shows Malawi has made significant strides on Goal Three of the MGDs, on gender equality and empowerment of women.

“Government has created an atmosphere that girls from even poor backgrounds can go all the way to the university. We are talking about orphans, the less privileged, those that were impregnated and the disabled–they all now stand a chance through the government system and its networks,” Shawa explains.

She says evening classes, girls bursaries, rescuing girls from marriages and taking them back to school are some of the major success stories that are giving girls better opportunities in life.

Shawa says the recently launched Sustainable Development Goals (SDGs) will help the country make headway in pursuit of the attainment of the goals.

Although some strides have been made, girls and women continue to face inequalities based on gender despite that about 52 percent of the country’s population is made up of females.

“There is need for government to invest in girls’ education. It has been discovered that many girls drop out of school in rural areas due to various reasons such as lack of good sanitary facilities, poverty and the absence of role models,” he observes.

Kamwendo says it is important that government develops sustainable systems that will help girls know their rights and protect them from abuses, providing clear channels for reporting any violation of rights.

As the country moves to pursue the SDGs, government commits to creating space for girls to make it in life.

Shawa observes that the current SDGs have 159 indicators to which government planned to attach programmes and activities.

“The positive thing is that Malawi was consulted when formulating the SDGs unlike the MDGs. We have support from President Peter Mutharika who has ordered us to domesticate these SDGs,” she says.

With programmes such as ‘Tracing the Girl Child’ whereby government and its partners search for girls that need support and initiatives such as social cash transfer, Shawa says there is light at the end of the tunnel.

Today, Sandra believes the sky is no longer the limit for her ambitions to become a broadcaster.

“From my background, no one would have thought I would reach this far, but to me it is only the beginning. I am glad that I have made some strides towards achieving some of my goals. So far I have had stints with MBC TV and also CFC Radio and TV where I have rubbed shoulders with the elite. My fellow girls out there can also do it if they work hard in school,” adds Sandra.n 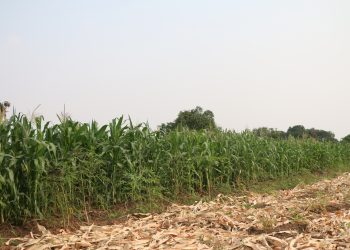