GGM Records director Tapps Bandawe said in an interview this is the first of numerous projects that will be carried out by the record label with support from Sony Music. He said he expects a lot of local talent to benefit from the adventure.

The nationwide talent search competition is open to rappers, musicians and groups that are already established or undiscovered  as they stand a chance to receive a platform to turn into global music stars.

Bandawe said: “When we are done with the search, Sony Music will come in with their worldwide marketing and distribution machinery to help and make the winner a global star.”

He said he expects the entries to reflect a bit of Malawian touch: “The two albums that the winner will produce in the two years under contract will be promoted heavily in a market that we feel the music can penetrate.”

Some of the rewards for the winner include a K2 million cash signing on fee which will be paid in advance, corporate endorsements and collaborations with both local and international artists.

The winner will also be accorded a worldwide album distribution access with American global conglomerate Sony Music to which GGM Records is affiliated, national and international tours plus the production of world-class music videos which will be beamed both on local and international channels.

To enter the competition, entrants should record a 30-seconds video clip of their song in any language. The video should be posted on the GGM-World Facebook page using the hashtag DiscoveringGold.

The top 10 entrants that will get the most likes on social media (above two hundred) will then qualify for the live performance elimination rounds. From mid-October, two people will be eliminated every week and by mid-November a winner will be discovered.

Meanwhile, music and arts commentator Sam Chiwaka has lauded the emergence of the music label and the subsequent introduction of the talent search competition, saying  local musicians also stand a chance to benefit from the links that the local label has with Sony Music.

He said: “This is a great development for the music industry. Sony Music is not an ordinary name in the music industry and Tapps is one of the best producers in this country. That combination is almost guaranteed to bring out the best and put Malawi on the map.”

He, however, called on local artists to be passionate about their trade, saying having in place a record label alone is not an end in itself as it needs to be complemented with commitment and professionalism. 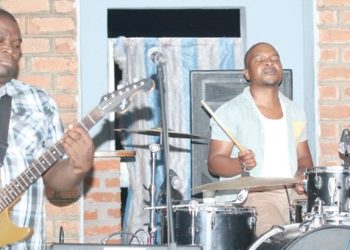 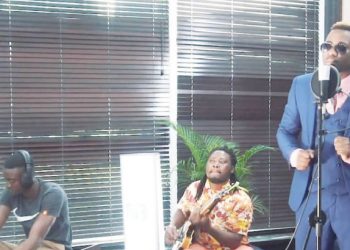 Hold your horses, it’s not yet over