Some gospel artists in the country have appealed to the Mzuzu Hotel’s management to give its entertainment centre, the Boma Park  face-lift if they are to perform to their comfort and the best of their fans.

One of the gospel artists, Ethel Kamwendo Banda, made the appeal in an interview recently in Mzuzu when she supported Christopher Phiri’s debut album Amayankha at the same Boma Park. 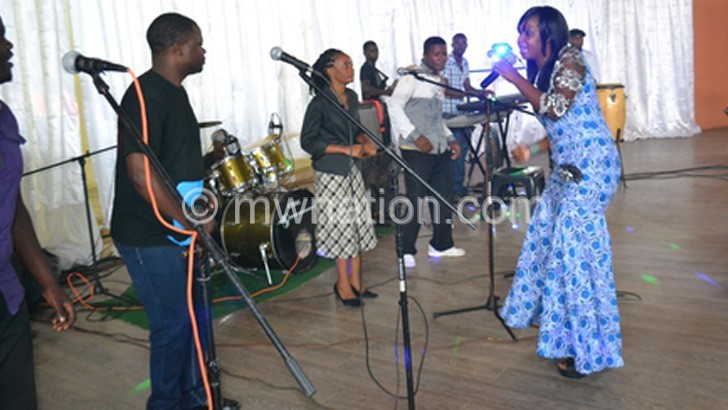 Her request follows that of Great Angels Choir Director Ephraim Zonda who also made a similar appeal last year to have the centre enlarged and provided with a canopy to protect their patrons and equipment from bad weather.

When the Great Angels Choir performed at the park last year, some children got injured as dancing fans fell on them while others could not be traced easily by their parents due to congestion owing to lack of space.

Said Banda: “We appreciate Mzuzu Hotel’s Management gesture to come up with a park, but our plea is that it must be beautified to befit hotels standards.”

“I may not say the centre is small or big because it depends upon the caliber of the artist performing on that day. But my appeal is that value must be added for it to look beautiful and attractive.

She said because the space is small, some fans end up stepping on the wires, interrupting sound  in the process.

Banda added that when it rains, their equipment is soaked in rain , putting lives of their patrons at risk since wires can cause shock or explode.

“I would have loved if the Mzuzu Hotel’s management borrowed a leaf from the way the French Cultural Centre was constructed. It’s very beautiful, has canopy and patrons are safe,” said Kamwendo Banda.

Boma Park manager Richard Mwase while appreciating the concerns Banda raised, he refused to comment on the matter  referring The Nation to Sunbird Hotel’s chief executive officer who could not pick his phone when called.n