by John Chirwa
in Chill, Culture
3 min read
0
Share on FacebookShare on TwitterShare on WhatsAppShare on LinkedinLinkedinShare via Email

Construction of cultural centres in the promotion of arts and culture in the country is not one of government’s priority areas in the current financial year, The Nation has learnt.

This is despite plans by the Ministry of Information, Tourism and Culture to construct cultural centres in Lilongwe and Mzuzu, which would house Museum and Antiquities offices, National Archives, Censorship Board offices, Department of Arts and Craft offices and Heritage Association offices.

According to the website of the Perth Cultural Centre, a cultural village is an area which is set aside to depict the lifestyles, activities and artefacts of a particular culture, usually in the format of a living museum.

In October 2012, the ministry’s director of culture Elizabeth Gomani-Chindebvu revealed plans to construct culture centre at a stakeholders’ consultative meeting in Mzuzu.

According to minutes of the meeting we have seen, the meeting was requested by the department of culture on the developmental plans government intends to implement in the city.

Among other issues raised, Gomani-Chindebvu asked government officials in Mzuzu to secure land for the project.

But the meeting did not conclusively agree where to construct the centre because information pertaining to the size of the infrastructure was not handy.

“The director of culture informed participants that government intends to build a purpose built cultural infrastructure.

“Currently, construction would commence in Lilongwe for National Cultural Infrastructure mentioned above and later on it would be the turn of Mzuzu City. In view of that, the department of culture was looking for land to accommodate the mentioned infrastructure at one plot,” read the minutes in part.

When The Nation followed up the issue on Thursday, Gomani-Chindebvu kept a tight lid on the project. She did not give any information when contacted several times.

But Minister of Information, Tourism and Culture Kondwani Nankhumwa said the project is not within the ministry’s current plans.

“I will be sincere and honest with you that we don’t have that in our plans. There is no project like that according to plans I have seen.

“It’s prudent to hear what she [Gomani-Chindebvu] has to say because, usually, departments are the ones which come up with plans, but she has not submitted any of such plans,” said the minister.

The meeting in Mzuzu was attended by close to 13 officials from Mzuzu City Council, Mzuzu Museum and departments of lands, survey, physical planning and information.

Several of those contacted on Thursday confirmed attending the meeting.

But they are in the dark if the project will ever materialise because the director has never contacted them again since 2012.

“She came to us with a concept of this project. But she has never contacted us again for any feedback. Land is available here. All we are waiting is for her feedback to know how big the centre will be so that we reserve the plots,” said Mphatso Kadaluka, acting regional commissioner of physical planning.

Nothing stunning about BBA exes’ song

Lake of Stars; Are we ready? 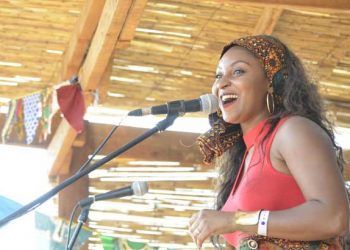 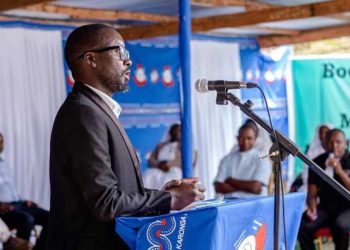 Lake of Stars; Are we ready?