Government and opposition political parties are engaged in a blame game over delays in enforcing the Political Parties Act enacted to ban handouts and demand disclosure of sources of party financing.

In an interview yesterday, Malawi Congress Party (MCP) secretary general Eisenhower Mkaka accused Minister of Justice and Constitutional Affairs Samuel Tembenu of using the parties as a scapegoat for not appointing a date of commencement for the law.

“The parties have been involved from the start. This was a political parties-driven legislation through CMD [Centre for Multiparty Democracy]. We know what is contained in the Act and the minister cannot say he is waiting for us. Perhaps, now they [Democratic Progressive Party-DPP] realise this law will harm them more than the opposition,” he said.

While MCP itself did not disclose sources of funding for its recent convention, Mkaka said the party had nothing to hide and was ready to declare once the Act comes into force.

On its part, United Democratic Front (UDF), whose convention budget is K75 million, also said it was committed to see the law operational. The party’s convention is scheduled for August 1 and 2.

“There is evidence to show that we are already implementing the demands of the Act such as disclosing party membership and registering them. We have already started sensitising our members that handouts will be history and we are only giving money after rallies as transport refunds. So, the commitment is there,” said UDF publicity secretary Ken Ndanga in a separate interview yesterday.

He also said UDF has since opened a special membership bank account where people are being asked to renew their membership with the party.

Tembenu, whose ministry is tasked with assigning a date of commencement of the provisions in the new Act, yesterday confirmed that it was now up to him to do so after CMD played its part.

Since President Peter Mutharika assented to the law in March this year, CMD has held several consultative meetings with political parties on what is contained in the bill.

What remains is for the Minister of Justice to authorise the regulations to support the legislation such as forms for political party registration and penalties for infringement of provisions.

In an interview yesterday, Tembenu said chances were high that the Act would come into force ahead of the 2019 Tripartite Elections campaign period.

He laughed off assertions that perhaps DPP was not comfortable with the provisions of the bill such as disclosure of sources of party funding.

Said Tembenu: “This was a political parties-driven bill. So, I have to consult them at every step. However, consultation does not mean we will have to agree on certain things, its meant to inform them of steps they have to take so that the law becomes operational.”

On their part, CMD said political parties were ready and aware of the requirements of the new law and any confusion has since been ironed out.

CMD executive director Kizito Tenthani said the law provides that the current Registrar General would act as Registrar of Political Parties until one is appointed but the Registrar was not aware of this.

Another provision that can only become effective after the minister signs an appointing date is the ban on handouts.

Questions have arisen on whether party financing is being checked after the governing DPP and opposition MCP obtained donations for their recent conventions, but did not disclose the sources.

Recently, Malawi Electoral Commission (MEC) has pegged the nomination fees for parliamentary candidates at K500 000 for males and K250 000 for female. Presidential candidates, on the other hand, will pay a K2 million nomination fees.

The newly-launched United Transformation Movement (UTM) led by Vice-President Saulos Chilima says it will field contestants in all the 193 constituencies and pay nomination fees for those without the means to do so.

The Political Parties Act compels political parties to disclose to the Registrar of Political Parties sources of their funding and donations of K1 million and above from individuals and those above K2 million from companies.

After the law comes into force, political parties would be given 12 months to re-register, complying with the requirements to collect 100 signatures per district, declare their assets and disclose source of party financing.

Recently, a leaked dossier from the Anti-Corruption Bureau also showed that the DPP was a beneficiary of K145 million from a private company, Pioneer Investments Limited, that is suspected to have fraudulently obtained K2.8 billion from the government through a food rations deal with the Malawi Police Service. President Peter Mutharika is the sole signatory of the DPP’s Standard Bank account where the money was deposited.

SKC vs APM: No love lost 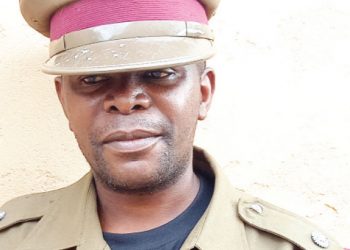