by Steve Chilundu
in Front Page, National News
3 min read
0
Share on FacebookShare on TwitterShare on WhatsAppShare on LinkedinLinkedinShare via Email

Minister of Finance, Economic Planning and Development Goodall Gondwe has rebuffed demands by Civil Service Trade Union (CSTU) for a salary increment, saying the budget can only accommodate the offered 10 percent.

In an interview yesterday, the minister said the 2018/19 National Budget already faces a K60 billion deficit after the World Bank withheld its pledged budgetary support.

He said: “Why are they [civil servants] doing that? They had already been given 10 percent salary raise, now they want more? My answer is that there are no resources.”

The minister was reacting to demands by CSTU for an unspecified salary increment to cushion them from rising cost of living in the wake of increases in electricity tariffs and fuel pump prices.

CSTU secretary general Madalitso Njolomole said in an interview their appeal for consideration for a further increment was also motivated by government’s implementation of a 100 percent increment in honoraria paid to traditional leaders through Ministry of Local Government and Rural Development.

Njolomole said the fuel price and electricity tariff increases have eroded the impact of their increment.

On the chiefs’ pay, Gondwe dismissed the CSTU, saying the honoraria were budgeted for only that its implementation delayed; hence, the announcement this week to implement it effective July 1.

He said every Malawian was feeling the pinch of the troubled economy due to the recent price hikes for fuel, electricity and consumer goods.

Said Kalilombe: “If their demand for salary increment is linked to the chiefs increased honoraria, then the causative is political not economic in nature. I think to compare honoraria to a normal salary is not comparing like to like terms and it may create inflation. That is why these things must be done rationally because the repercussions are great.”

He said bowing down to the civil servants’ demands could hurt the economy and erode the stability gained in variables such as inflation rate.

Malawi has 42 000 chiefs, including 320 in the ranks of sub-traditional authority to paramount chief. The 100 percent increment in honoraria means that on average government will be spending about K3.9 billion in the current fiscal year.

The country’s bloated wage bill, estimated at 7.4 percent of gross domestic product (GDP), stands at K392 billion in the 2018/19 National Budget rolled out on July 1.

In the Eighth Malawi Economic Monitor released this week, the World Bank warned Malawi Government against spending on unbudgeted for activities, especially in the run-up to the May 21 2019 Tripartite Elections. 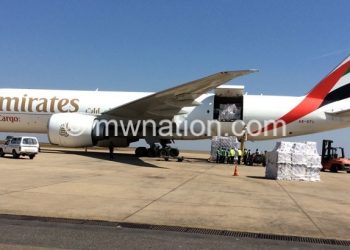