by Andrew Nyondo
in Editors Pick, National News
2 min read
0
Share on FacebookShare on TwitterShare on WhatsAppShare on LinkedinLinkedinShare via Email

Cham SLA manager Mafase Sesani, in an interview this week, said the amount is an accumulation of fees payable before government and Cham signed a new memorandum of understanding (MoU) on SLA in 2016. 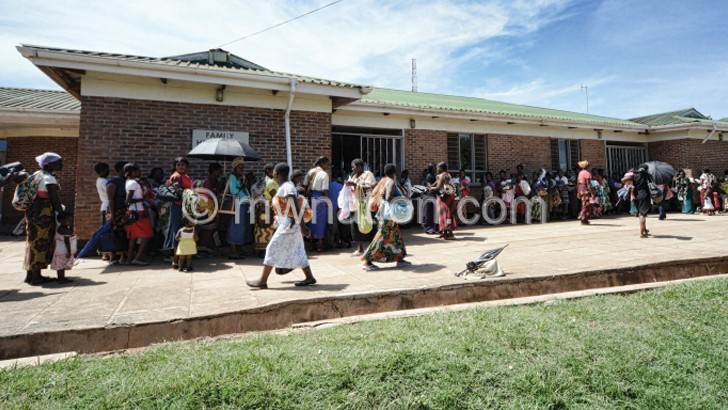 She said the agreement is made at district level, but directors of Health and Social Services stopped remitting funds to Cham facilities, a situation, that is contributing to crippling of services.

“When people are accessing Cham facilities they need to pay money. This means when one has no money, one cannot access services. At the moment, we are no longer recruiting staff because of the recruitment ban. We cannot even make transfers because we are resource-constrained,” said Sesani.

In an interview, Ministry of Health and Population (MoHP) spokesperson Joshua Malango acknowledged the issue has been long standing. However, he pointed that government is going to put Cham’s concerns on board considering that the ministry will be represented at Cham board meetings.

He said: “The idea to have the Service Level Agreement between government and Cham health facilities is good. There was a good reason this was made. We have seen some Cham facilities suspending services given to the public, thereby subjecting citizens into suffering in such localities.

“But at the same time, for Cham facilities to run, they need money. So, if they are not paid that money in time, it means they cannot discharge some of their services and other operations are affected, which is bad.”

There are selected services, such as maternal issues, which are accommodated in the SLA initiative, a thing Jobe said would be compromised in service delivery if government is still failing to pay Cham its dues.