Minister of Natural Resources, Energy and Mines Atupele Muluzi has promised to lobby for training of local miners to ensure the mining industry contributes more to the country’s gross domestic product (GDP).

Atupele said this at Mzimba Gemstones Marketing Centre after touring some of the mining projects in the Northern Region.

He said poorly trained miners compromises the products they produce because they do not have the expertise to produce the required quantities and quality.

“I have noted that there are many challenges that small-scale miners and also those who are working in mines face. Training for such people is vital and I will make sure that the ministry provides training to such people as it will help boost the mining industry,” said Atupele.

He said as government is working on a review of the Minerals and Mining Act, a lot of issues that include the welfare of the miners and people around the mines will be included.

While in the North, the minister visited Mchenga Coal Mines in Rumphi and Mzimba Gemstone Marketing Centre where the challenges miners are facing are similar.

At Mzimba Gemstone, the miners bemoaned lack of markets and international exposure which they said is affecting their work.

Petro Mbewe, chairperson of Gemstone Association of Malawi, the country’s gemstone industry, said they face a lot of challenges which include training, poor equipment and marketing.

“We lack markets, international exposure and serious investment from government through capacity building,” he said.

Mbewe said as a result, the country fetches less from the sales of gemstones because what they produce is bought by intermediate buyers who resale at a high price elsewhere.

“If government considered us on the markets, then we could have been contributing a lot of money in form of foreign exchange to the country, but since we do not have that, we rely on intermediate buyers. This is unlike our friends in Zambia and Tanzania who are exposed internationally and their countries benefit a lot from the same gemstones,” he said.

Mbewe also noted that the system they use in mining the gemstones is outdated, compromising the quality of the gemstones.

“We use primitive ways of mining [and] this affects our productivity. If we had the right equipment, we could have been going deeper, but we just mine on the surface because of the shovels we use manually,” he said.

Mzimba Gemstones Marketing Centre was opened in 2006 and is owned and administered by gemstone miners in Mzimba. 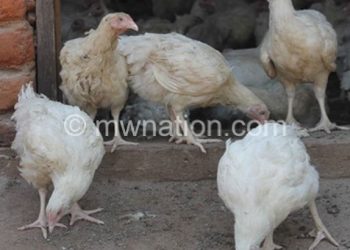