In turn, government misses out on revenue, analysts have said. 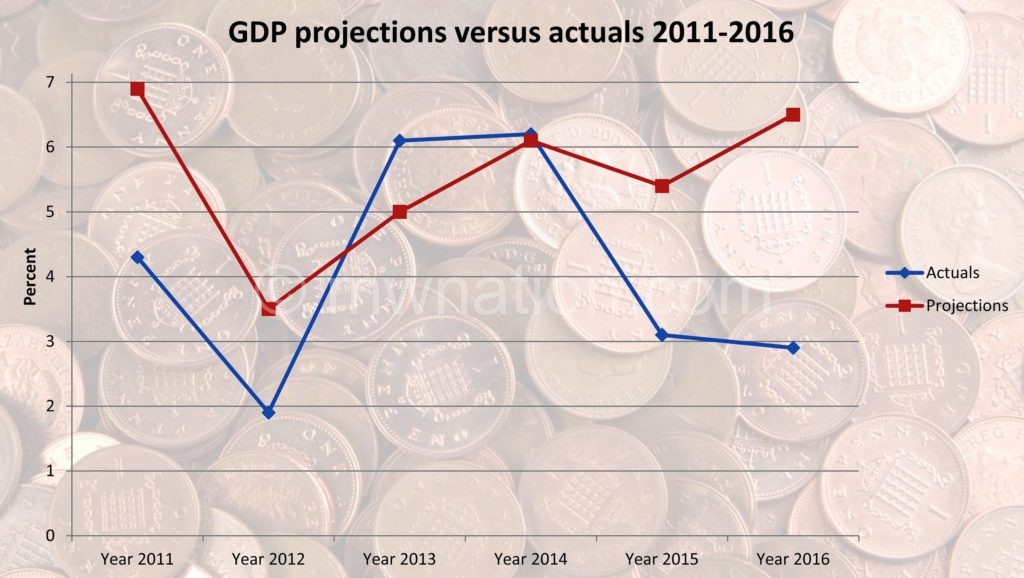 In an interview on Tuesday, Economics Association of Malawi (Ecama) president Chikumbutso Kalilombe said that while this has become a norm, the implications are felt in the budget implementation as well as business activities.

He said: “The main implication we see is that most times revenue projections are done based on such estimated growth figures which when not achieved causes budget imbalances leaving us in a constant state of deficit as a country.

“For businesses, strategies are formulated based on growth figures for specific sectors of the economy that contribute to the overall growth. When such is not real, businesses miss out with their strategic thrust. Unfortunately business reaction can be that of taking a wait-and-see approach thus not investing into the economy which makes us stagnant.”

He called for the formulation of more realistic projections.

Economist Henry Kachaje, who is also former president of Ecama, observed that Malawi sets ambitious growth targets but fails to invest into what can bring about that growth into reality, observing that over dependency on rain-fed agriculture will make such projections unpredictable while at the same time giving false hope and eroding confidence to investors.

International Monetary Fund (IMF) resident representative Jack Ree observed that sporadic and lumpy revisions to growth forecast amplify the uncertainty that businesses need to deal with which he said is not helpful for building confidence.

“It is true that growth forecast lately saw more downward revisions than the other way around and this applies to both the authorities’ and the IMF’s figures. However, the recent softening of growth has been caused mainly by climate and utility shocks,” he said.

Business Review analysis from Malawi Government annual economic reports from 2011 to 2017 show that in the seven-year period, Treasury has revised downwards growth projections, except for the years 2013 and 2014 which had positive revisions.

Largely, the revisions are mainly based on agricultural output mostly due to the effects of climate change.

For instance, in 2011, government had projected the economy to grow by 6.9 percent, only to be revised downwards to 4.3 percent. In 2012, the economy grew by 1.9 percent from the earlier projected growth of 3.5 percent.