by James Chavula
in Editors Pick, Weekend Investigate
5 min read
0
Share on FacebookShare on TwitterShare on WhatsAppShare on LinkedinLinkedinShare via Email

Eugene Katenga-Kaunda’s voice breaks, his arms freeze mid-air and he shakes his head as he recounts the problems faced by Balaka District Hospital when taps ran dry in 2018.

“That was the trickiest year to work here,” says the medical doctor, now director of health and social services in the eastern district. “Health workers had challenges keeping the hospital clean and providing medical services to our clients, who were equally affected.”

His team has surmounted the dry patch to win the national infection prevention award presented by the Ministry of Health to the most hygienic health facilities.

Just three years ago, the sudden drying up of Mpira Dam left the 2020 heroes of infection prevention unable to thoroughly clean the hospital, medical equipment, linen and their hands.

“Infection prevention guidelines require health workers to wash hands before and after assisting a patient, but hand hygiene wasn’t easy without water. Even our patients could not bath, wash clothes or keep their surroundings clean,” recalls Kaunda.

The water stress left the hospital dependent on trickles from trucks dispatched by the Southern Region Water Board [SRWB] to lessen the suffering of its clients.

“We had to improvise, and this included the procurement of tanks, which couldn’t store enough water for all services at the hospital. Every day, a lorry had to carry hospital linen to places where we could find water,” he states.

Water supply has improved following the drilling of two high-yielding boreholes under the Malawi Drought Recovery and Resilience Project (MDRRP) funded by the World Bank.

The deep boreholes have weaned the water-stressed district from Mpira Dam, which dried up due to drought and siltation from its hugely deforested catchment.

During the 2015/16 rainy season, 12 districts in the Southern Region—10 in the Central Region and two— in the North—were severely affected by the drought the then president declared a national disaster on March 15 2016.

Post-disaster assessments in all the 28 districts indicated that water supply and sanitation were among the worst-hit sectors. Water boards incurred losses mostly due to water scarcity and damages to infrastructure.

The project, with financial support from the World Bank, have helped the drought-stricken districts to swiftly recover and return to normal in terms of water supply, livelihoods and socio-economic development.

The interventions that got underway in February 2017 included the construction of high-yielding boreholes to boost water supply for the worst-hit water boards.

SRWB drilled eight boreholes in Balaka, Mwanza, Muloza, Nchalo and Neno. Six others were constructed in Ntcheu, Ntchisi, Salima and Dedza districts under the Central Region Water Board [CRWB]

As a result, utilities such as SRWB no longer spend K10 million a month buying water from Mpira Water Trust, which operates and regulates the dam primarily constructed for rural water supply.

“The deep borehole supplies enough water for our customers, who now receive enough water for 22 hours a day. This is a huge improvement from zero from the leanest period and about 16 hours before the taps dried up,” says Saulos Maxin Gwengwe, SRWB manager for Liwonde Zone.

The groundwater pumps keep the semi-arid town supplied with water even during the dry season when the demand increases dramatically.

Since the switch to groundwater, the beneficiaries at the receiving end have risen from 15 384 to 31 540.

“Now, we supply our customers almost 24 hours daily, and the tanks are always full. We only rely on supply from Mpira Dam when there is a fault,” says Gwengwe.

The desired change is unmistakable for patients, guardians and health workers at Balaka’s largest hospital.

“We thank the government and its development partners for the project which has tremendously improved service delivery at the hospital. Access to water, sanitation and hygiene has improved. We now offer life-saving services on time because we no longer waste time searching for water,” says Kaunda.

He is happy that just two years after the district’s worst water crisis, the hospital outshined health facilities nationwide in terms of infection prevention.

The award recognises the most sanitary hospital with the least risk of disease outbreaks.

“Who would have imagined that a hospital that had no running water two years earlier would receive the coveted award? Infection prevention is impossible without water. Nowadays, we have adequate water and our hands are always clean. We clean medical equipment before and after use and the cleaning of linen and medical equipment is done here,” says Kaunda.

The award testifies to the power of water to avert sanitation-related infections, including the Covid-19 pandemic. The coronavirus disease is prevented by washing hands with soap and decontaminating frequently touched surfaces, including windows, doorknobs, chairs and walls.

“The award is a confirmation of improved sanitation and hygiene, which is vital in the fight against Covid-19. We have placed water buckets at every entry and everyone washes hands before entering or exiting the hospital,” Kaunda states.

By Monday, the global pandemic had claimed nearly 1 256 lives from Malawi’s 89 418 confirmed cases.

As the number of positive tests and deaths slowed down in May, Kaunda looked back in awe: “Had the pandemic occurred in 2018, it would have been a catastrophe because of the water crisis that followed the drying of Mpira Dam.” 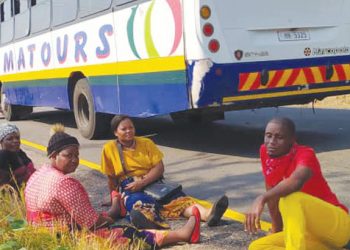 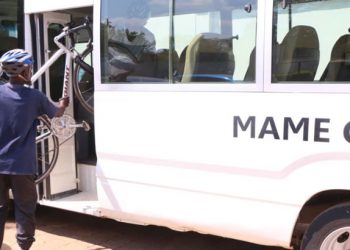 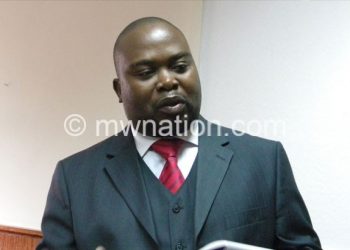