How my mother unleashed leadership potential

Earlier this week, we were celebrating the Mother’s Day. As an exception, I want this week to discuss something about my mother. I have almost never talked about her and yet she should be one of the two most important people regarding my background and upbringing.

By coincidence, I attended an event last Sunday when my mother was retiring from office as diocesan chairperson for the Wamama wa Chitemwano Catholic Women Organisation, which was held at Nkhamenya Holy Cross Parish.

In that role, my mother had chaired the organisation with 28 000 vibrant and active members from across Mzuzu Diocese, covering Rumphi, Nkhata Bay, Mzimba, Mzuzu and Northern Kasungu. It is a role she served with total commitment, dedication, effort and joy. And this has given her a great transition into her retirement after working as a primary school teacher for 35 years, with the last 15 years as head teacher.

I have seen from very close range my mother’s journey as a leader. I must say that for a long time, she never realised how much potential she had as a leader. In fact, she underrated herself too much. The fact that my father was also a primary school teacher further compounded her development as a leader because she operated in his shadows for a couple of decades as he rose to deputy head and full head of the schools where they both taught.

When my father retired in the late 1990s, my mother was asked a couple of times to be promoted as head teacher. Each time, she declined, thinking she was not good enough and that it was not important plus so many other excuses. One time around year 2000, she was asked again to be head teacher for St. Michael’s Catholic Primary School at Ekwendeni. She was seriously contemplating to decline the offer again.

At the time, I was finishing my studies at Poly and my younger brother had just joined Bunda College. We both agreed that this time around, we would ‘force’ her to take on the role because we had strongly believed she would make an amazing head teacher plus we were at the time university students and we wanted to see our mother also grow and develop further. Our father too gave her big encouragement to take on the role and that was important.

In the end, she accepted the promotion and went on to indeed become a very successful primary school head. Throughout her period as head teacher, her school remained the top or one of top schools in the district at least as measured by the pass rate and by how many of her standard eight pupils got selected to secondary schools with many sent to top national secondary schools.

This made me wonder how much the community would have missed out from her hidden potential as a leader if she never accepted the promotion.

Along her rise as a leader in primary education, she was being recognised as a leader among the Wamama wa Chitemwano organisation, where she was a very committed member. With time she rose to Diocesan vice-chairperson and recently as chairlady. In those two roles among many others, she contributed immensely towards the development and growth of the 28 000 member strong organisation—mobilising and strengthening membership, unity, sense of purpose and giving hope to the marginalised as they mutually strengthen their faith in God and dedication to the church and family.

As I sat in the Holy Mass at Nkhamenya on Sunday and listened to her final speech as chair, I wondered how much many communities would have lost out from her amazing leadership talent if she had never taken the step to try out. And this is sadly the case with so many women out there.

They hesitate to delve into management or leadership. They leave it to men, most of whom are not even as good as some of these amazing women who are simply hesitant to come out and unleash their potential. As my brother, father and I did, I appeal to the fellow men out there to encourage women to unleash their leadership potential. n 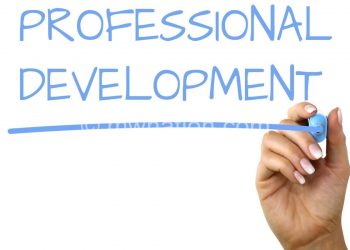