A Malawian with albinism demystifies discrimination faced by Malawians whose identity or expression differs from the sex assigned at birth, our Staff Writer JAMES CHAVULA writes.

Patuma Jazili grew up wearing dresses and skirts because she was born like any girl, but quickly discovered that she was a boy trapped in a wrong body.

“From age six, I was attracted to boys. At home and in school, my best friends were boys,” says the 27-year-old  with albinism

Patuma’s identity differs from the sex assigned at birth and says she has endured “a lot to be accepted the way she is” as she cannot afford medical procedure to change her body.

The horrifying ritual attacks that claimed 22 lives from nearly 134 000 persons with albinism in Malawi forced her to miss classes and stay home.

Since Malawians expect her to identify herself as either male or female, she bears the brunt of the “unique sexual feelings I can’t just shake off”.

“When I was five or six, I discovered I had a strange attraction for men though I often played with boys. Many onlookers were laughing at me because I was dressed like a girl,” she narrates.

Thanks to freedom of dressing, she mostly wears trousers, but she still suffers discriminatory attacks everywhere she goes.

She explains: “I live in fear. My skin colour increases the risk of being hunted for my body parts.

“As a trans, some people call me degrading names while others follow me to see my sexual organs and yet others attack me. It requires a lot of courage to step out of home and hang out with.”

Amid the deadly attacks on people with albinism, she often couldn’t go to school or attend group discussions as she felt unsafe outside her home.

She now holds a diploma, but remains unemployed.

“I can’t move freely or get jobs. I have attended five job interviews, but employers think I am a woman though my resume shows I am male. As a result, they ask several questions about my sex, not my eligibility for the job,” she states.

Patuma keeps a top secret as society expects her to get married and have children.

“I’m in love with a truly caring young man. Love makes life easier for me because he understands me the way I am, both as a person with albinism and a trans.”

However, she urges Malawians to stop using culture, religion and colonial laws to attack minority groups.

The Penal Code prohibits sexual acts deemed gross indecency and against the order of nature.

“The definition of or order of nature or unnatural sexual acts are not clear or specific. Due to culture and religion, these laws are used to abuse the LGBTI community though the Constitution outlaws any form of discrimination regardless of gender or sex,” she says.

On June 28, former opposition leader Lazarus Chakwera took office as the sixth President, promising “a better Malawi for all”.

Irish Ambassador Grey Cunningham says the talk of a new Malawi for everyone creates an opportunity to lobby for rights of minority groups, including LGBTI, persons with disability and those with albinism.

“Twenty years ago, it was unthinkable that we would have a prime minister, now our deputy prime minister, who is gay.  Much of that has been shaped by the European values and focus on rights and making sure everyone in society has equal access,” he says.

The envoy challenges Malawi to learn from neighbouring Mozambique and South Africa, especially how they removed repressive laws against LGBTI people.

He discredits the myths that LGBTI is a foreign concept, saying: “For me, the only thing foreign is universal; it applies everywhere on Earth.

“The only foreign thing is the legislation which dates back to the colonial era, so it is time for Africa, its countries and its people to accept their own legislation as we have done in Ireland and other countries.”

Nyasa Alliance board chairperson Solum Mtogolo urges Malawians and the government to look at the LGBTI community with unbiased eyes.

“There is a lot of stigma. The LGBTI community cannot express itself or live normal lives because there is fear of the unknown and hate. They are attacked for no reason, booted out of work, evicted from home and denied vital services,” he says.

And Patuma wants an end to stigma though Chakwera pledged to put the subject up for a referendum.

She says: “We need our rights back. We want a Malawi where we can dress the way we want, get jobs and be accepted the way we are.

“Trans people are humans like any other. I was born like this and I cannot be happy to be forced to live a lie.” 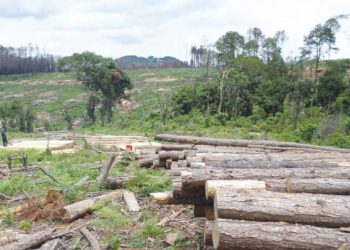 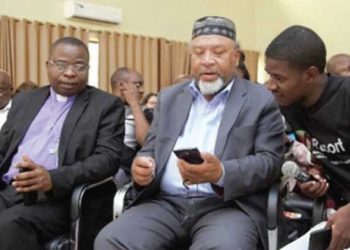