At the break of dawn, 14-year-old Mirriam Chilimbika gets out of her bed. It was a sleepless night for her. The fear of being attacked constantly kept her awake.

Reluctantly, she prepares for school. At this point, her township is already buzzing with different activities—businesspeople, commuters, workers, loafers and school children—all mixed in the day’s escapades feeling safe and secure unlike her.

Burning issues with your cup of tea

Her fears are grounded in the fact that the country is witnessing a recurrence in the killing and abduction of people with albinism.

Just last Wednesday, 14-year-old Goodson Makanjira was abducted in Dedza. Three weeks ago a16-year-old boy was was also abducted in Machinga District before he was rescued later.

In Lilongwe, assailants attempted to abduct a 32-year-old man; last month an 18-month baby Eunice Nkhonjera went missing in Karonga while Yasin Phiri was killed on December 31 in Nkhata Bay.

“This is what is scaring me,” says Chilimbika, a Standard Eight pupil at Blantyre Girls Primary School in Ndirande Township.

Despite the concerns about her safety, she joins the throngs on the road to school. It is a routine she has come to hate in recent years. The brutal attacks on people with albinism have changed her perception on life; she says she feels as if she were an alien in her own country.

“Everything has changed drastically. I used to walk to school without fear. But this freedom is no longer there. Now I avoid walking alone. I prefer the company of other pupils, especially older ones.”

After school Chilimbika stays home. Gone are the days she would just go out visiting friends after school. These days even her mother avoids sending her on domestic errands.

“Whenever she [my mother] does, my brothers or someone older escorts me,” she says.

When night falls, her fears heighten. The house seems to offer little protection. People with albinism are being attacked right in the comfort of their houses. Even some neigbhours and relatives have joined in attacking people with albinism.

“So a house is not enough for security as the assailants can break in,” she explains.

However, she banks her hopes on her two brothers and mother, although she wishes her father was alive.

Since 2014, 23 people with albinism have been killed in the country. In June last year, government instituted a National Action Plan that put in place a framework of actions and measures to end the attacks.

While government has laid out measures, in Ndirande, some youths have teamed up to come up with initiatives of combating attacks on people with albinism. Under Ndife Amodzi Project, the community-based organisation is promoting human rights by teaching behavioural change in schools, locations and other places in the populous township and Blantyre District.

Project officer Levison Anthony says so far the organisation has visited schools and locations with messages of protecting people with albinism.

“We are concerned with the killings of our brothers and sisters with albinism in the country. As such, we have embarked on sensitisation campaigns in the township and the district. Our intention is to reach out to many districts, should we find funds,” he explains.

The organisation has since released a short documentary on the killing of people with albinism which it intends to start showing around the country.

Written and directed by Steve Belson, it shows people abducting a woman with albinism and condemns the malpractice. The youths are, therefore, appealing to all well-wishers to help them financially to access a projector and other equipment to hit the ground running.

In an interview, a student from Havard Private Secondary School in the township, Janet Kachipo, says she was touched by the messages the organisation brought to her school through drama performances.

“I am now advocating for the safety of people with albinism,” says the Form-Four student.

Appalled by the continued attacks, Association of People with Albinism (Apam) president Overstone Kondowe two weeks ago declared the association will hold a vigil at Kamuzu Palace from March 3 to force authorities to look into their security demands.

He says people with albinism want to feel secure in the country so government should ensure that those behind the attacks are heavily punished.

“As a people, as a nation, we should be ashamed. We should each take a moment to examine ourselves and critically search our souls if the status quo is really acceptable to us all and if indeed it is something we can continue to cast a momentary glance at and ignore,” he said.

But Minister of Homeland Security Nicholas Dausi, reacting to Apam’s intention to hold a vigil, said there was no need for that as it would complicate matters.

“What is needed are multi-sectoral efforts to fight the vice. Government has already been engaging religious groups, community leaders and the general public to help fight against such attacks,” he said.

As the vigil is looming on March 3 at Kamuzu Palace, youths in Ndirande are sending a loud and clear message that ndife amodzi (We are one). n

Control population to save the environment

Burning issues with your cup of tea 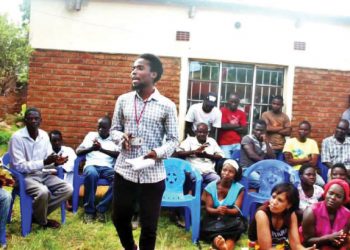 Control population to save the environment