I am not UTM – Kinnah Phiri

by Suzgo Chitete
in Front Page, National News
2 min read
0
Share on FacebookShare on TwitterShare on WhatsAppShare on LinkedinLinkedinShare via Email

Former Flames coach Kinnah Phiri has distanced himself from any links to Vice President Saulos Chilima’s United Transformation Movement (UTM) saying he remains a member of the ruling Democratic Progressive Party (DPP), despite speaking at a UTM rally in Mzuzu last August.

Speaking in an interview with Nation Online, Phiri said his invitation to speak during the UTM launch in Mzuzu was an ‘ambush’ by the movement which called his name without any prior arrangement. 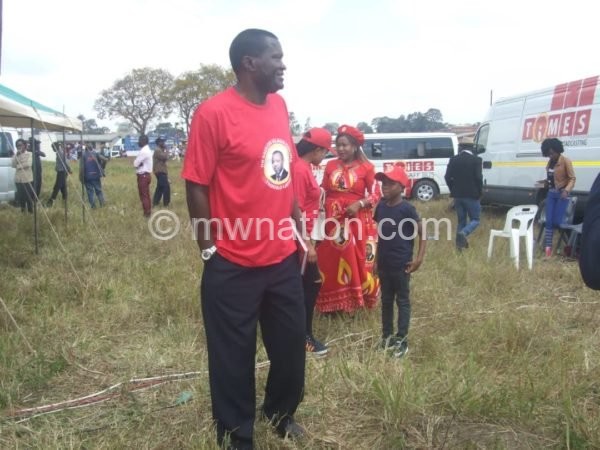 “I have always been a member of DPP and I have always shown allegiance to the DPP. So for people to say I am UTM is wrong because I never registered as a member of UTM. I went to attend the rally in Mzuzu because it is close to where I stay, unfortunately I was asked to speak without prior information, ” he said.

Asked why he had accepted to make a speech at a rally of a rival camp, which is not common, and also why it has taken him almost three months to distance himself from UTM, Phiri said he regrets making the speech.

“I have attended activities for different parties including Aford so I thought attending the UTM rally was also not a problem, but now I think I wished I never did so – I wish I never made such a speech because I have ended up giving people a wrong impression. This is why I have come to make my position clear that I am a DPP member, ” he added.

Phiri also denied that his statement may have been influenced by the ruling DPP saying this was his own decision “after reflecting on what had happened”.

Commenting on the development, UTM’s secretary general Patricia Kaliati said Phiri was given a platform to speak because he is a respected man who needed special recognition. Kaliati said their records does not indeed show that the former flames coach was a member of the UTM.

She said:“We thought when he came he wanted to associate with us. We accorded him the platform because he is an important person. But you see poverty makes us fail to reason or to act against what we think is right. We never claimed that Mr. phiri was our member so he could have just simply remained quiet – concentrate on his party without making [any] noise.”