New Inspector General of Police George Kainja inherits an ‘absent workforce’ accused of being partisan, leaving its work to soldiers, raping women in Lilongwe, killing people in its custody, watching crimes it is supposed to stop and covering up horrors involving political elites. How does he intend to restore public trust or build on the legacy of his predecessors who were perceived as party operatives?  Our News Analyst SUZGO CHITETE takes the burning questions to the new police chief.

Congratulations on your appointment. How do you intend to regain public confidence in the police accused of being compromised?

Thanks for your congratulatory message. People have indeed expressed concern in the manner we have done our job. We may not have met their expectations. We need to bring back the lost confidence. We can only regain this confidence if we work to the satisfaction of the community we serve. We must begin to listen to people and perform based on people’s consent because we are their servants.

What is your philosophy in the push to deliver a people-centered police as you put it?

My approach is two-fold. First, I am looking at the people within the organisation. It will be a people-management.  So out of this, we will create a team that is able to do its job professionally. Second,  we will have strong community engagement. This engagement will have to be honest and transparent so that people are part of the police. Under people management, I will look at ways on how I can motivate officers. I must realise that the officers are not machines, but humans with feelings too. They must feel happy about their work so that, at the end of the day, I can harness their commitment for  professional policing.

Interesting. After every regime change, we have seen arrests for crimes committed years back. Do the police really have to wait for politically convenient junctures to act?

A crime is a crime.  It does not matter how long it takes, it remains a crime. When I got into office, I was presented with evidence and this is why we have done these arrests. If you listen to the voice out there, people are literally saying why you can’t act on this or that case? People are talking about [the death of] Buleya Lule and Issa Njauju. People want us to investigate some cases and we are responding to these voices. We  are servants of the  people.

The voice has always been there for the police act on these cases. Why now?

There are several factors that may have impeded our work. I will also talk about lack of resources for example we needed to have 1 200 vehicles, but we only have 240. We needed to recruit more than double the number we have. The issue of interference could be true if you look at it from another angle. But I think we need resources in place to effectively deliver. And surely we need to act on all cases that stalled and we will act with speed in the interest of the public.

You are an appointee of the new regime. How should people trust that you will not be partisan to please the appointing authority?

All I am saying is people should look at me as a professional IG. I have been to police training school and other trainings internationally on investigation and policing. With this background, together  with my team, we will approach the assignment apolitically and without fear or favour. We have the law as our firm ground and we will do as required. If we have a case, whether from the government or outside, we will deal with it accordingly. We will not look at the face or party affiliation, but we will look at  the law.

What a promise! But IG, will you bite the finger that chose you?

Yes, I have been appointed by the President and let me thank him for this appointment. May the good Lord be with him. So, all I can say is that the President appointed me the IG for the Malawi Police Service, which is a constitutional organ. So when I was appointed, the expectation was that I will be IG for an organisation that is independent and that I must be independent in my duties. So if I begin to take sides, then I am not fit to be an IG. In short, I am leading an institution that is independent and they must expect an independent IG.

But the police, in the past, has been absent from it’s work.

We need to clean the image of the police service for people to easily associate with it. I will strive to build a police service which will be a servant to the people. We are not masters; the people are and we must work to satisfy them. Cordial interaction with the public is key for enforcement of law and order. So, we need to have a better relationship with the people we serve.

Have you set some targets to be achieved within a certain period of time?

My leadership will be based on performance management. In days to come, we will announce what we intend to achieve in the next 100 days, six months or a year. The IG will set himself some targets. I will also set targets for all regional commissioners, who must set targets for all officers-in-charge and their subordinates. We must all be challenged by those targets. Soon, we will announce these targets. For  example, within six months, we need to conclude investigations on Njaunju. This way we will make progress. 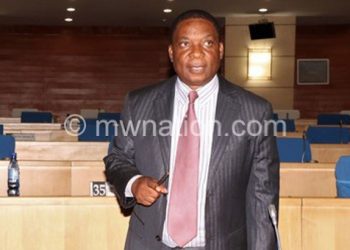 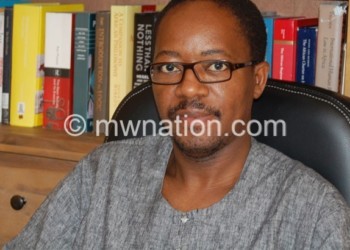 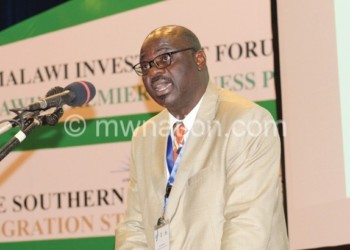