by Andrew Nyondo
in Front Page, National News
4 min read
0
Share on FacebookShare on TwitterShare on WhatsAppShare on LinkedinLinkedinShare via Email

During her appearance before Parliament’s Public Appointments Committee (PAC) inquiry at Parliament Building in Lilongwe, she said she sees no reason to tender her resignation because she believes she presided over a free, fair and credible election.

Ansah, a judge of the Malawi Supreme Court of Appeal, told the inquiry this is the reason MEC has appealed against the decision of the five-judge panel of the High Court of Malawi sitting as the Constitutional Court that nullified the election and ordered a fresh election within 150 days from February 3.

She said: “What I can say is that the High Court ruling is not a final ruling. There are some issues the commission does not agree with [in the ruling]. That means a second eye, the Appeal Court.

“The issue is that if the commission does not appeal, it means the commission is agreeing that it was wrong to declare a winner based on first-past-the-post. The commission worked within the law that was there.”

Two commissioners—the Reverent Clifford Baloyi and the Reverend Killion Mgawi—are yet to meet the inquiry team, but committee chairperson Collins Kajawa said they will proceed to make their determination within seven days even without meeting the two.

In her testimony, Ansah said MEC lobbied for the adoption of electoral reforms, including the 50+1 system of electing presidents in Malawi, but Parliament in December 2017 rejected the Electoral Reforms Bills; hence, the electoral body declared President Peter Mutharika of Democratic Progressive Party (DPP) winner based on the existing first-past-the-post system.

Equipped with files of documents as her evidence, she maintained her position that MEC did not err and did not break any law by announcing results which were extensively altered using correctional fluid Tippex, saying the law allows the practice.

In a brief interview after the session, Ansah faulted the parliamentary committee for not giving her an opportunity to tender a bunch of documents she had brought with her as evidence that the process went accordingly.

She said: “They set their own procedures. I don’t know what type of inquiry that was because they should have allowed me to give what I brought to support what I said.”

But Kajawa defended the process, saying the parliamentary committee has its own standard procedures when hearing such cases.

He said: “We are the ones who invited her to be heard and, therefore, we needed to define the rules of the game. So, you cannot allow a stakeholder to have an interview or an inquiry.”

But the committee has given Ansah an opportunity to deposit the documents by tomorrow if they are to be considered as part of the information to be used in determining the outcome.

Giving a general overview of how commissioners conducted themselves before the committee, Kajawo said the information gathered would help in making the determination.

The inquiry follows the Constitutional Court judgement that nullified the presidential election over irregularities and mandated Parliament to assess the commissioners’ competences.

The court found that the electoral body incompetently managed the May 21 2019 Tripartite Elections, especially in the management of the presidential election results.

Ansah’s appearance came against a background of calls by Human Rights Defenders Commission, through a series of nationwide demonstrations that at times turned ugly, for her to resign for allegedly presiding over a flawed electoral process.

In the case, two of the presidential candidates in the May 21 2019 Tripartite Elections—UTM Party’s Saulos Chilima (the first petitioner) and Malawi Congress Party candidate Lazarus Chakwera (the second petitioner)—asked the court to nullify presidential election results over alleged irregularities, especially in the results management system. Mutharika was the first respondent with MEC as the second respondent. 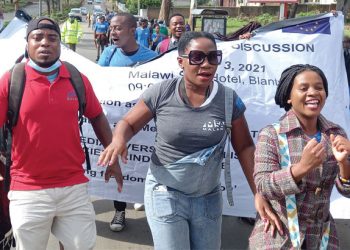 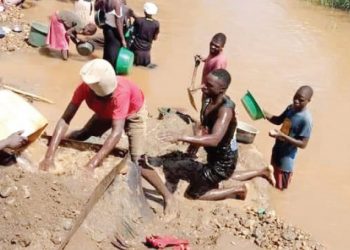 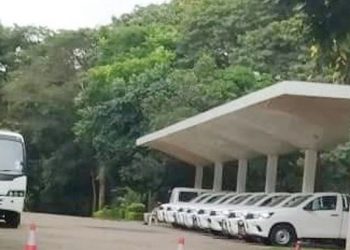