by Martha Chirambo And Orama Chimphwanya
in Business News, Front Page
3 min read
0
Share on FacebookShare on TwitterShare on WhatsAppShare on LinkedinLinkedinShare via Email

The Reserve Bank of Malawi (RBM) says despite the country being “deep in the lean period” in foreign exchange availability, the import cover is still healthy to sustain critical imports.

RBM spokesperson Mbane Ngwira was responding to observations that the kwacha has lost ground, particularly against the dollar and that foreign exchange reserves have slightly dropped in recent weeks. 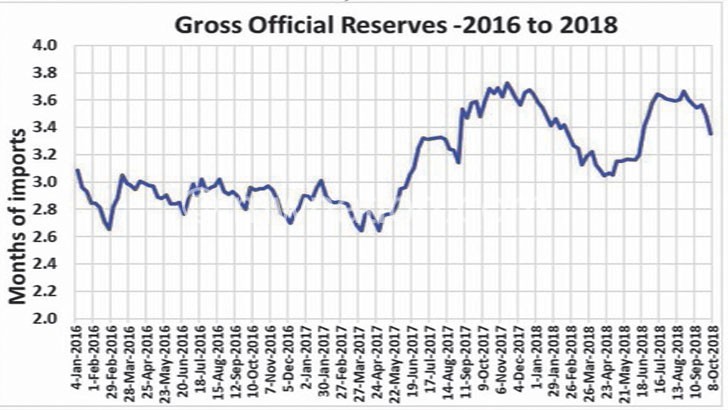 He said the country is also expecting the International Monetary Fund (IMF) and World Bank reviews to be favourable and could result in an injection of further foreign exchange.

“Presently, our import cover is above three months and we intend to move to six months. We have also seen that the market is able to clear itself, an indication that demand for foreign exchange in the market has been matched by supply.

“We, therefore, do not see any deficits on the kwacha, but rather there will be some surplus,” he said.

Commenting on the movement of the kwacha, Ngwira said the central bank has and continues to enhance its open market operations—the purchasing and sale of security in an open market by the central bank—by mopping up excess liquidity on the market; hence, no possibility of worrisome kwacha depreciation.

“We do not see any pressure on the kwacha in the near or foreseeable future. There are many exchange control policies that we have and follow at the central bank,” he said.

Over the past month or so, the kwacha is losing some ground against the dollar, now trading at around K738 from K733 to the dollar, where it had stabilised for some time.

In its monthly economic report for October, investment management firm, Alliance Capital Limited, said although the foreign exchange reserves are still above the internationally accepted three months of import cover, the downward trend is due to the pressure of the lean period.

During the lean period, foreign exchange is spent on buying mostly agricultural inputs, apart from the usual fuel and medical drugs.

He said during this period, Malawi has already exported most of its commodities such as tobacco and is now importing farm inputs, medicines and fuel, among others.

His colleague, Chanco’s economics lecturer Lucius Cassim cautioned the central bank against tampering with the policy rate which is at 16 percent. n