I would not waste my money betting against anyone figuring out what is the major similarity between the President of this country, and his Football Association of Malawi (FAM) counterpart.

Well, there are many differences between the two men—a former lawyer and a footballer respectively and perhaps, still, a few more similarities between Peter Mutharika and Walter Nyamilandu beyond both being lanky. 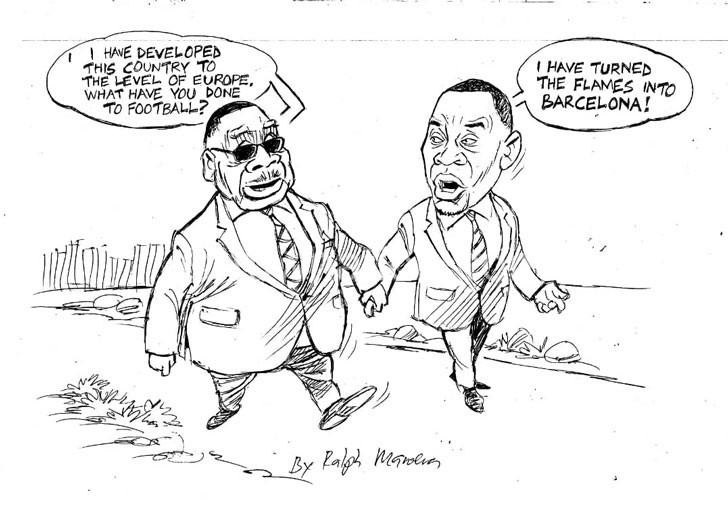 Nyamilandu’s comments this week, though, about the state of the beautiful game in the country, points to an obvious similarity, and perhaps, flaw.

Both men, we now know with gruesome certainty, are living in denial about the state of affairs they preside over. Actually, the two men have a common disease, if you may have it, called delusions of grandeur, as my colleague across the street, Madalitso Mussa, would have it.

The other day, APM went about telling a party rally that his destractors must shut up because, goodness me, he has developed this country to the level of Europe.

Listening to this statement, those who have travelled to Europe, and even more developed parts of Africa, didn’t know whether crying or laughing, was the appropriate response.

Granted no country can be transformed overnight, hence Mutharika needs to be cut some slack; we all know Mutharika’s development agenda, too, has been far from revolutionary.

Mutharika is yet to build a legacy that would make future generations recall his tenure as transformative. And we know, too, even in the current campaign, his party is not selling us any game-changing ideas.

And, as Friday’s street demonstrations rather spectacularly pointed out, on the contrary, Mutharika’s lack of energy and zeal to tackle some of the pressing challenges of the day, illustrate a leadership out-of-sync with the aspirations of Malawians.

Mutharika’s failure to mount an anti-corruption crusade, for example, at a time the country is in a limbo over pervasive corruption, buttress that point.

Defeats or draws to football non-entities such as The Comoros, do not bring Nyamilandu to face sad reality that our game is in peril.

And this week, he confirmed our fears that his head was long buried in sand, like an ostrich, by rendering a statement as out-of-touch and delusional. Somehow, according to Nyamilandu, we must be grateful that his anointed guy, Flames coach Ronny Van Geneugden (RVG), has transformed the team’s performances to the level of FC Barcelona.

To give Nyamilandu his dues, he was referring to playing style and not results but when you have the same coach RVG complaining that his team cannot play football properly and just kick and rush as if its tennis, then you get the brief.

Yet men like Mutharika and Nyamilandu (who once promised World Cup qualification, but whose greatest achievement remains a solitary African Nations Cup appearance in Angola 2010 reminds us of one thing. Every country deserves the leadership it gets.

In a week where few people attended the protests against Mutharika’s maladministration and the protests against Nyamilandu received lukewarm support from the football establishment (including the two most followed football teams who urged their supporters to stay away), we don’t have any grounds to complain about the state of mediocrity bedeviling our country, when we are providing it our tacit support.

Nyamilandu, truth be told, has contributed something to our game. We all remember just how messy football administration was before he assumed office. But the notions that only Nyamilandu can run football in this country is nonsensical.

And the absence of any success for the national team is an indictment of his failures as the man entrusted to develop the game. After 18 years at the helm of our game, he must pass the baton to someone else or risk leaving in humiliation.

While Nyamilandu is right about the structure challenges responsible for our football’s failing, hence justified to wonder whether firing the national team coach would be a solution, those structural problems are the very reason he holds his office as FAM boss. 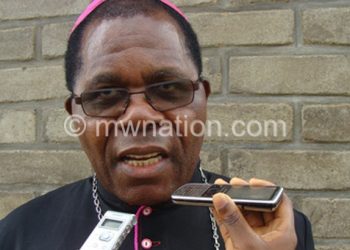