India has warned Malawi against excessive borrowing, saying such loans tend to burden future generations instead of freeing them from abject poverty.

He said loans tend to work against the real development that a country may require.

Said Menon: “You know that India, too, is a developing country and we still have many challenges. But what we have seen is that when you [Malawi] take loans, you force it on people to repay them and that drags national development down.

“However, when the private sector comes with its money and helps to develop the country, whenever there is that loss, the sector will bear it while government continues with other commitments without having to pay for such a loss.”

He said the private sector in his country is a rich, dependable partner for the government.

Said Menon: “The private foreign direct investment in India, just last year alone, was $98 billion. The amount of money in the private sector is huge.

“You [Malawi] only need to create the environment where the private investment can operate freely and you see them flocking in. I only wonder why the private sector is not coming into this country.”

Ministry of Finance, Economic Planning and Development spokesperson Davis Sado, while saying Malawi appreciates the envoy’s advice, said: “As government, we are aware of the issues surrounding too much borrowing. That is why we make sure that we only borrow to finance major projects with a big impact to the country’s economic development. And, before we borrow, we always make thorough analyses, to see the levels of our borrowing.”

He said currently, Malawi’s borrowing is within the acceptable levels because government does not borrow above the bar.

On the other hand, chairperson for the Budget and Finance Committee of Parliament, Rhino Chiphiko, feared that Malawi’s borrowing is soaring to unsustainable levels.

He said the major problem in the country’s borrowing is the quality of debt, where most of it is for consumption, as opposed to being for development.

Chiphiko cited the Farm Input Subsidy Programme (Fisp) where, he said, government has allocated ‘borrowed’ funds to the tune of K41 billion. He said in case of crop failure, government would be constrained to borrow to feed the same farmers whose crops will have failed.

In April this year, the World Bank also warned African governments, including Malawi, to borrow responsibly or risk having their public debts reaching unmanageable proportions with the structure changing from concessional to market loans.

Presenting a report to Parliament last year on loans incurred since 1964, Minister of Finance, Economic Planning and Development Goodall Gondwe said the current external debt was 23 percent of the gross domestic product (GDP) against the 30 percent recommended for low-income economies.

He attributed the rising domestic debt levels to withdrawal of budgetary support after revelations of Cashgate—the plunder of public resources at Capital Hill—exposed in 2013, effectively implying that the zero-budgetary support policy has not worked as expected.

In the 10 years to December 2017, Malawi has spent K123 billion in servicing debt—money that is required to cover the repayment of interest and principal on debt for the period. Out of the amount, K52 billion covered interest payments. 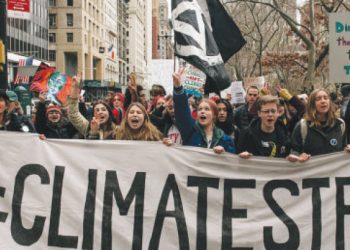