Inflation rate for April 2019 eased by 0.2 percentage points to 9.1 percent, a development monetary authorities say signifies that the country is on course to achieve a five percent inflation rate target in the medium-term.

Published figures from National Statistical Office (NSO) show that at 9.1 percent, April inflation rate is lower than the 9.7 percent recorded during the same period last year.

Food and non-food inflation during the month was recorded at 13.8 and 5.4 percent, respectively, according to NSO. 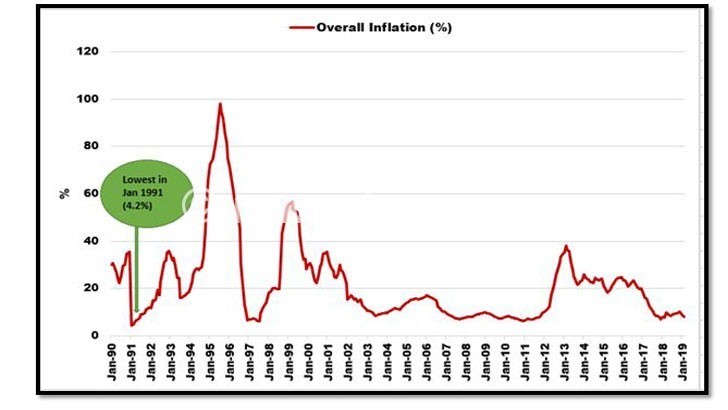 The development means that  prices of goods and services rose at a slower rate during the month under review.

A snap survey in some of the markets indicate that maize prices have been falling to about K6 000 per 50 kilogramme bag against an average of K9 000 recorded in the previous month, marking the end of the lean period.

The second round agriculture production estimates shows a surplus of 355 232 metric tonnes (MT) of maize.

The staple grain, as part of the food component, traditionally impacts the country’s economy given that it constitutes 45.2 percent in the consumer price index (CPI), which is an aggregate basket of goods and services for computing inflation.

“It is amazing how inflation has declined over the months, including the lean periods where we had expected that the economy would be under heavy stress.

“We noted that both non-food and food inflation relatively remained stable despite the slight increase of non-food items which was a  result of the slight kwacha depreciation in the past two months. Now the kwacha has stabilised, and people are now harvesting. We expect to see a continuous drop of inflation,” he said.

Reserve Bank of Malawi (RBM) spokesperson Mbane Ngwira said with the start of the harvesting season, the central bank expects food prices to go down even further.

He explained that the increase in non-food prices has also been minimal and is lower than the 8.9 percent during the same period last year. n