For 25 years, Innocentia has helped women and children on a wide range of legal issues such as sex trafficking, child marriages, child custody, support and distribution of matrimonial property after divorce, domestic violence, inheritance rights and labour matters.

The lawyer educates women about their inheritance rights, the importance of writing wills and their rights and obligations under the new Marriage Act.

This, she says, is her way of giving back to the community and, in the process, helping women access justice.

She observes that the clinical psychologist addressed issues such as why rape victims delay to report, why they blame themselves, why they have incomplete or inconsistent memories of the incident and fail to recall other aspects of the incident.

Other issues addressed include why rape victims do not always physically resist or escape and their demeanor after the sexual assault.

Ottober’s efforts have not gone unnoticed as she scooped position 21 among a list of 100 female lawyers in Africa doing great things in the practice of law.

The list was released in March this year by the Courtroom Mail as part of the commemoration of the International Women’s Day.

She started practicing in 1996 and women are referred to her by individuals, organisations and her church.

Explains Ottober: “I was indeed the only female lawyer among the 12 who represented the two petitioners in the 2019/20 presidential elections case— President Lazarus Chakwera and Vice-President Saulos Chilima.  I was part of the team of seven lawyers representing Chakwera and our team was led by the legendary Mordecai Msisha.

“Someone told me that I was being referred to as ‘chilipa amuna’, meaning a female who is always among men. I took it as a compliment because it was an acknowledgement that a female lawyer was at the table.”

She confesses that she never felt her gender and hails the male lawyers for their professionalism and respect.

But how did she reach this far? The lawyer attributes everything to hard work and ambition.

“The legal profession in Malawi is male dominated and there are a few female lawyers in private practice. Most of the women-headed law firms have been in existence for less than 10 years,” she observes.

“The managing partner allowed me to handle cases for some of the big corporate clients and some of them followed me to Mvalo and Company, a firm I joined after leaving Sacranie Gow & Company [then renamed Mamtora & Company] and then to Lloyds & Associates. I still represent some of these clients up to now.  Our list of clients comprises corporate clients, major donor agencies and reputable non-governmental organisations [NGOs].”

She cites other high profile such as the Section 65 case on members of Parliament (MPs) crossing the floor where she was the also only female lawyer acting for MPs aligned to the then governing Democratic Progressive Party (DPP).

Ottober was also hired by the then Attorney General (AG) Jane Ansah to act for government in the National ID case in which the potential liability for government was in billions of dollars.

She boasts: “Government settled for me to handle such a complex matter, a clear indication that women can ably take our place at the top of the table. The case was successfully settled.

Her general observation is that most male clients look for female lawyers in divorce matters, custody and domestic violence cases—indicative of a wrong perception that women cannot handle other matters.

Ottober is Catholic and was born on July 15 1971 at St. Gabriel Hospital in Namitete, Lilongwe.

Her father was a secondary school teacher and her mother was a nurse. Both my parents are deceased.

She has 26 years experience as a lawyer having graduated with a Bachelor of Law (Honours) from the University of Malawi in 1994.

Ottober was admitted to the Bar on May 18 1995 and has a master’s degree in international economic law from the University of Warwick in the United Kingdom.

She says: “I act as a legal adviser for the Episcopal Conference of Malawi, the Archdiocese of Lilongwe and the Diocese of Dedza.”

“I was also a board member for the National Oil Company of Malawi Limited  (Nocma) from September 2020 until September 1 2021,” she says.

Ottober has also offered consultancy services to various Parliamentary Committees through the National Democratic Institute, such as the Committee on Agriculture and Natural Resources, Health and Population and Legal and Constitutional Affairs.

She was one of the commissioners on the Special Law Commission for the development of the Gender Equality Act and has served on the Independent Review Panel for Millennium Challenge Account Malawi.

“I was one of the consultants hired by the United Nations Development Programme  through the National Aids Commission to formulate the country’s first HIV and Aids Policy.

“I also served as a trustee for the Christian Health Association of Malawi and a board member for Opportunity Bank.

For Ottober, some of the challenges in her life include balancing work and family responsibilities, but says time management is key in finding a balance.

“There are long hours needed in private practice as you may have to work up to midnight or beyond depending on pressure of work,” she says.

Another challenge was patronising remarks from some male lawyers, especially at the beginning of her career. But she acknowledges that there are some progressive male lawyers who would support her.

She encourages women to project confidence and know what they want.

Says Ottober: “You can’t break the glass ceiling if you don’t know what you want. We must ensure we are always ethical in our dealings. Do the right thing regardless of the consequences. Integrity is key.”

She further encourages girls and women to find mentors.

“I was not able to find female lawyers to mentor me so I settled for two male lawyers and I have never been disappointed. People say the sky is the limit, but for me, the sky must be the beginning,” she says.

Wedding costs blues: Are we being realistic? 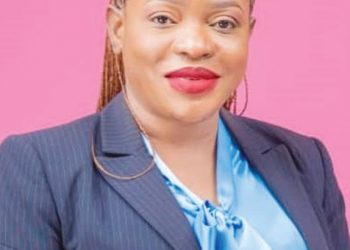 Wedding costs blues: Are we being realistic?