With the fashion industry booming, there is a higher demand for models. And over the last few years Malawi has seen a number of women choosing modeling as a career. The country has recently also witnessed a rise in male models, something which is rather rare.

One such male model is Jack Thunde, a new name on the local scene, but who is making a name in South Africa.

The event brought together 26 designers from across South Africa as well as the best from the continent, with designers from six additional countries participating.

Arguably, the rise and subsequent trajectory of menswear over the past years has also seen an upsurge of male models and the event, surely attests to this fact.

It takes a certain kind of man to be able to walk down a runway and own it.

Thunde’s well-defined bone structure and almost perfect body is what people would first comment on when they see him.

However, that is far from how he found himself on the runway, wearing makeup, paying so much attention to fashion detail as regards the way one looks, in countries like Malawi where is traditionally looked as being lady-ish.

Yet modelling, even for men, world over involves making even more daring fashion statements like wearing extremely bright colours or colours that many think are meant for women. This is why some models are labelled weird.

“I came to South Africa in January 2014. I woke up one day in July and before I left my room to go to school I prayed that the day be different from the other days and I feel God answered my prayer through my now boss Liesel Hardenberg of My Booker Modelling and Talent Agency.

“She scouted me on my way to school. She saw something in me and believed I could make it in the modelling industry. That belief motivates me each passing day I’m in the industry. I feel uncharted waters are waters waiting to be sailed and I don’t see this industry as being male or female specific, I feel products need to sold and models are the platform regardless of gender,” he affirmatively said.

South African Menswear Week was his first experience on the ramp.

However, Thunde has featured in magazines and some commercials as his exploits continue.

“This was my first time doing runway but I have featured in magazines and some commercials. I first featured in a Standard Bank television commercial which was airing for the most part of last year on DSTV. Glamour Magazine featured me as their Man Candy Monday on their online page. I was then featured in the June and October issues of Edgars Club Magazine and the September issue of GQ magazine. Lastly, I did a campaign for Puma x Stampd for an online blogger Mr. Doveton,” said the model.

Every day, everywhere we go, all we see are billboards with gorgeous people on them. Deep down inside, many of us may wish we were those people.

However, being a model is much more than just being a pretty face on a perfectly sculpted body. Fans of Tyra Banks’ hit television show ‘America’s Next Top Model’ will know just how stressful the job can get.

Earlier in his career, Thunde says he was reserved and shy.

Other than that, it has been a smooth transition into the industry. And from his first experience on the ramp, he has learnt quite a lot.

“I got a chance to see what really goes on behind making fashion shows what they are. From the work put in coordinating everything, fittings every day, rehearsals, the hair and make-up. I learnt that it’s not as easy as it all looks even from the models side because a lot of hours are put in. I remember one day I started at 6a m because I was modelling for two designers, Amanda Liard Cherry and Lukhanyo Mdingi and Nicholas Coutts, on the Expresso show that airs on SABC 3, then I had fittings at 8am, then rehearsals, then had three shows that night. So, I was only getting home around 11 at night,” he explained.

Understanding that many people are still conservative of what jobs and lifestyles men are meant to have, the male models are fighting on, sometimes, walking on run ways clad in just under wear, and they all find nothing obscene about things like these.

For Thunde, that is not an issue at all because he dreams big; rocking the runways of big fashion events across the globe. From Paris Barcelona to London, New York among others, as well as strutting it for leading design labels.

“I dream to be able to show people that dreams can come true and that with God everything is possible. I dream of doing Paris Fashion Week, New York Fashion Week, of modelling for world renowned brands like Armani and putting Malawi on the map in the Industry.

“I dream of bringing this wealth of experience back home to Malawi to grow our industry further and to create opportunities for others who wish to model so that they are not only confined to just the Malawian market but to have the world at their disposal,” he said.

‘Rumours will never feed anyone’ 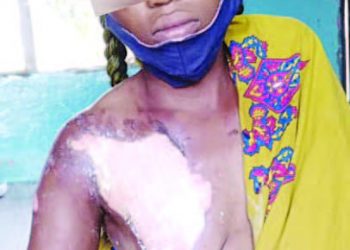 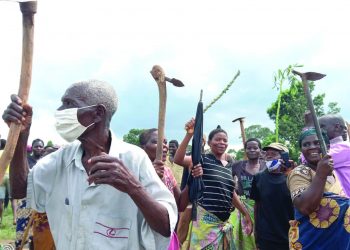 ‘Rumours will never feed anyone’