As T-Bill rates continue to tumble

In an efficient market, the downward trend in Treasury bills (T-Bill) rates is supposed to be a “fortunate occurrence” for the stock market.

T-bill rates have, for the past four months or so, declined by about 22 percent to an average of 35 percent in July from a high of 45 percent in March this year, according to an analysis of money market figures from the Reserve Bank of Malawi (RBM).

But the 14-counter Malawi Stock Exchange (MSE) official and a stock market analyst have argued that there has not been statistical analysis to gauge the impact in terms of shift of investors’ attention to stock market from the money market.

However, when the money market rates started inching upwards last year, in response to the Reserve Bank of Malawi (RBM) increase in the benchmark interest rate, there was a swift movement in terms of investors’ shift to the money market from the capital market.

This begs the question on how fluid the Malawi economy is to let investors move in and out of the markets in response to market fundamentals.

While the global stock markets are swift in terms of response, the MSE seems to be the most insensitive to respond to market fundamentals.

Stock market analyst Nelson Mkwende, who is also manager at FDH Stockbrokers Limited, told Business News yesterday that apart from the few portfolio managers and high net worth individuals who usually have to incorporate a mix of stocks in their investment portfolios, there has not been a good pool of new investors flocking into the equity market from the money market.

“The main reason would be that, at above 30 percent, the money market is still offering a much better return compared to most of the dividend yields and/or capital gains that can be derived from most of the stocks [the current domestic-weighted average dividend yield recorded at 7.54 percent], especially in the short to medium term,” he explained.

Mkwende, however, noted that only a few investors with medium to long-term investment strategies have come on the stock market to place orders, slightly as a reaction to the downward trend of the interest rates, but mostly due to the promising trading statements that have recently been issued for the pending half-year results.

MSE head of operations John Kamanga, in an interview yesterday, said there has not been a statistical analysis to gauge if at all investors have moved to the stock market in view of the declining rates on the money market.

He, however, noted a pick-up in demand for stocks, particularly in the financial sector as most of them have indicated that their half-year profits will be above those of the previous year during the same period.

But Kamanga said confidence in the equity market has been built and most investors will be ploughing back to the stock market.

Sponsors pay heavily for their ‘Charity’ 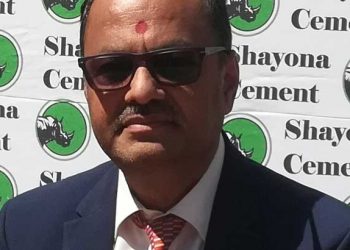