The Reserve Bank of Malawi (RBM) opens the third auction for its K30 billion (about $180m) bond today (Wednesday) amid investor uncertainty as inflation hits double digits, the kwacha searches for direction and disposable incomes dwindle.

The RBM issued the longest ever bond in Malawi on December 23 2011 to restructure governmentÃ¢â‚¬â„¢s domestic debt and develop a bench- mark yield curve as authorities struggle to cope with short-term debt repayments in view of donor aid freeze and other fiscal pressures.

According to the 2011/12 mid-year budget review, at the approved budget stage, plans were to use programme grants to repay K15 billion domestic debt. But since these grants are no longer forthcoming, government has decided to forego domestic debt repayment to the next fiscal year.

But since the K30 billion bond was opened last year, the response from investors has been lukewarm with subscriptions of slightly over K7 billion because of the countryÃ¢â‚¬â„¢s severe foreign currency shortages and fears of an imminent kwacha devaluation that some investors fear could erode their gains.

The local unit was last devalued by 10 percent in August 2011 to salvage the stalled International Monetary Fund (IMF) programme, a feat that never satisfied the Fund.

The auctions for the bonds will be held monthly until the bonds are fully subscribed, according to the RBM.

Market analyst James Chikavu Nyirenda, who is also chief executive officer of Alliance Capital Limited, said on Tuesday that at a yield of 17 percent, investors are still weary to lock their money for two to five years.

According to the RBM, the two and three-year notes will offer as a minimum coupons (interest) of eight percent and 8.5 percent respectively, while coupon rates on the four and five-year notes are 9.5 percent and 10 percent.

“I think there is uncertainty on the market. Investors are still not sure to subscribe to longer tenors. They donÃ¢â‚¬â„¢t know what will happen next because a lot of things are happening [in the economy]. Investors canÃ¢â‚¬â„¢t lock their money for long,” explained Nyirenda.

Inflation is another monster investors are scared of, with the rate steadily rising.

This week, the National Statistical Office announced that MalawiÃ¢â‚¬â„¢s year-on-year headline inflation for January soared by 0.5 percentage points to 10.3 percent from 9.8 percent in December.

Increases in food and non-food items such as fuel pushed the general rise in prices into single digits for the first time in three years.

Furthermore, the medium to long-term macroeconomic outlook paints an inflation troubled future that could hit at real returns from investments locked in the bonds.

The third auction comes a day after the RBM resumed short-term borrowing through Treasury Bills (TBs) yesterday which was suspended last month.

The K30 billion bondÃ¢â‚¬â€a formal contract to repay borrowed money with interest at fixed intervalsÃ¢â‚¬â€is on two, three, four and five notes and open to domestic and offshore investors.

Earlier, the RBM said new notes would enable the government to extend the maturity profile of its debt, but its overall domestic debt stock was not expected to increase as a result. 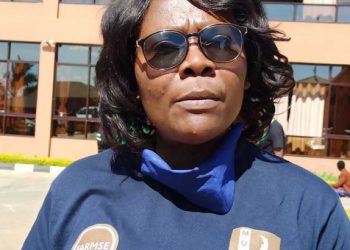