No Result
View All Result
Home Columns Cut the Chaff

That number is expected to rise to 186 000 in 2016 and the pace at which it is expanding are by far higher than the country’s population growth rate.

As a result of the bloated civil service, the total value of the public sector wage bill stood at around 10 percent of the country’s gross domestic product (GDP) in the 2014/15 fiscal year and now accounts for around a third of the budget’s recurrent expenditure.

As a ratio of the whole national budget—comprising both development and recurrent accounts—the wage bill represents roughly 21 percent of total planned expenditure; several times higher than allocations to critical sectors such as health, education and agriculture.

In absolute terms, the government wage bill is currently around K198 billion and could rise to roughly K229 billion by the end of this financial year on the back of a rapidly shrinking government revenue base.

Clearly, we are spending a lot of money on people who run the State machinery on our behalf.

The question is: Is all this spending worth it? Do these people serve our interests?

We now know that every year, at least 30 percent of the national budget is stolen. Fahad Assani, the former Director of Public Prosecutions (DPP), first said this sometime in the 2000s.

This revelation was reinforced last year by the PricewaterhouseCoopers (PwC) data analysis report of the Malawi Government finances in the five years leading to December 2014, which revealed that K577 billion could not be traced.

The PwC amount—coming on the back of Cashgate—was just over a third of the government’s total expenditure during the half decade that was reviewed.

The same percentage popped up as the fraction of the drug budget that Health Minister Peter Kumpalume revealed roughly two weeks ago as being pilfered.

With this consistent thievery, are our brothers and sisters in the civil service protecting our interests? Is this corrupt, patrimonial, bloated bureaucracy worth swallowing 10 percent of our GDP and a third of our recurrent spending?

Of course, one of the reasons our civil service is dysfunctional stems from the Office of the President and Cabinet’s (OPC) inability to enforce an effective performance management system across government.

Do you remember the pomp and fanfare with which Capital Hill launched the Performance Management Policy in March 2008?

The Department of Public Service Management (DPSM) produced a beautiful document that was quickly forgotten soon after its introduction in July 2008, four months after its big launch. Few, if any, civil servants were producing work plans. Even fewer had signed performance agreement forms.

The policy’s goal was great and high sounding as usual: to provide management with a system that can identify and monitor the efficiency and effectiveness of a ministry or department on how efficiently the resources are being used and to what extent are the objectives being met.

That policy was never implemented and where it was, it was insignificantly partial and I have not heard of any reviews being done on it. No wonder our civil service just bloats with nothing to show for it.

That is why I agree with the recommendations of the World Bank in its Malawi Economic Monitor report on how much Capital Hill is spending on the public sector wage bill.

The World Bank suggests that government should use the momentum of the on-going public service reforms to address some of the long-standing challenges that prevent the delivery of better quality public services with available resources.

The bank noted that Capital Hill’s introduction of results-based budgeting techniques should help to provide a stronger analytical basis for the allocation of staff and serve as an important tool for monitoring their impact on public service productivity over time.

“A number of African countries with relatively small public administrations have been able to provide quality public services with fewer staff by adopting modern management techniques,” said the bank. n 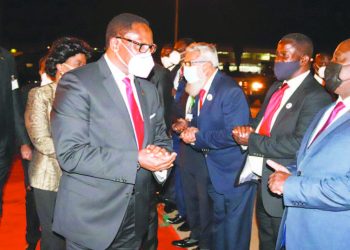 Illusions of a President in charge 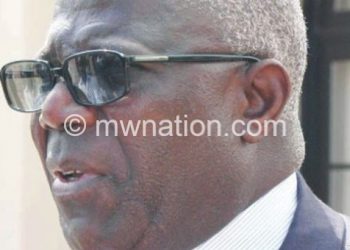 Labour Bill: Chakufwa Chihana must be turning in his grave