Is Malawi cotton on road to Burkina Faso?

by Johnny Kasalika
in Front Page, Weekend Investigate
7 min read
0
Share on FacebookShare on TwitterShare on WhatsAppShare on LinkedinLinkedinShare via Email

Malawi’s cotton once rose to a record production of 100 000 metric tonnes (MT) per year some seven years ago. But with a growing demand for the crop, the country’s production has dwindled ten-fold from where it was in 2012.  With new varieties of biotechnology (Bt) cotton seeds due for release this November for commercial cultivation, Malawi has a chance to go back to glorious days of bumper yields, only if government does what is right.  Our news Analyst SUZGO CHITETE writes:

Government has earned a pat on the back from seed companies for facilitating the introduction of Bt cotton in the country which is well-known for high yields compared to traditional seeds.

Bt cotton, according to scientists, also has the ability to fight against the notorious pest (red bollworm) which has affected cotton production in the country.

During a meeting held last week by the African Seed Trade Association (Afsta) and the Seed Trade Association of Malawi (Stam), the seed companies called on the government to continue supporting the systematic steps being undertaken to ensure farmers got the right seeds for commercialisation of Bt cotton and adoption of genetically modified organisms (GMO) technology, as one of the options in addressing challenges facing cotton production.

After years of confined trials both in confined spaces and open fields, the Department of Agriculture and Research Services (Dars) is set to release four varieties of Bt cotton in November and December this year for commercial cultivation.

The seed will be field-trialed by selected farmers across the country. A total of 1 000 commercial farmers will receive free seeds, according to the chairperson of Malawi Seed Trade Association, John Lungu.

Stakeholders’ excitement with the introduction of the new Bt cotton varieties is premised on scientific findings which show that GMO seed has a higher yield with minimal production cost on pesticides to tame red bollworm.

“Bt cotton technology provides resistance only to bollworm attack allowing the hybrids to retain bolls on the plant and achieve high yields. However, you still need to spray against leaf-eaters and sucking pests only that it will be 2-3 spray a year compared to 8-14 sprays in non-Bt cotton,” said Lungu, adding this significantly reduces production cost.

Another advantage, Lungu explains, is that Bt cotton can produce up to five times more per hectare (ha) than traditional seeds (opvs). It is these benefits which are giving hope to farmers.

“We depend on cotton for our livelihood hence we will always appreciate any initiative which improves our farming. We are ready to plant these seeds for improved yield as we have been told,” says Fanny Chapotoka, a member of the Cotton Association of Malawi under Mitole Extension Planning Area in Chikwawa.

Chapotoka is among 300 000 people in Malawi who directly or indirectly depend on cotton for survival and, therefore, the technology offers an opportunity for economic empowerment and growth.

Although there is optimism on this new technology, some sections around the world are still skeptical of Bt cotton and there is an ongoing global campaign against GMOs.

But the Lilongwe University of Agriculture and Natural Resources, Luanar, which has been conducting the confined trials, to establish its efficacy, assures pessimists that Bt cotton is a game-changer and has proved so in many parts of the world.

A biotechnologist at Luanar, Kingdom Kwapata, said the varieties to be released this year were exposed to rigorous tests and trials which proved effective.

“In terms of technology it is a deal done. We did phase one of our confined trials and we handed it over to Dars for phase two—to take it to selected farmers for testing [field trials] and the coming planting season the varieties will be available to farmers” he explains.

Burkina Faso approved the use of Bt cotton in 2008, combined with other reforms, the country became a leading producer of cotton in Africa with an average of 500 000 to 800 000 MT per annum.

This resulted in increased productivity of 22 percent and farmer profitability increased to 51 percent. The country also registered a gross domestic product growth (GDP) growth of 12 percent.

In an interview, seed producer and farmer, who is also manager of Peacock Seeds, Felix Jumbe says Bt cotton has a proven track record; hence, Malawi would benefit from the new technology.

Jumbe is part of the team of seed traders in the country, who are part of the conversation to promote the technology for improved productivity. However, he says the technology alone without investment in Malawi cotton sector would not boost production.

“We need to increase our investment to the cotton sector. We need structured markets, effective financing institutions and specialised extension system to support farmers,” he proposes.

Over the years, for lack of investment, this figure has drastically dropped;  the Cotton Council of Malawi estimates that on average  the country is now producing  about 15 000 MT per year which rakes in K10 billion against a ginning capacity of 600 000 MT.

Despite government paying a blind eye to cotton, it is one crop with a lot of potential, the experts argue, to help diversify the economy. It is identified as strategic crop to be promoted under the National Export Strategy (NES).

Even the Democratic Progressive Party (DPP) manifestoes in 2014 and 2019, candidly acknowledge how much cotton can do to the country’s ailing economy. In the last five years, this has remained a promise on paper and little on the ground.

With Bt cotton about to go commercial in full force in Malawi, one would hope government will do more than promising to boost cotton production in the interest of diversifying the tobacco—dependent economy, the meeting in Lilongwe heard.

One of the officials from the African Seed Traders Association, Aghan Dan, says it is pleasing to note in the Malawian scenario that Mahyco, the technology owner, has chosen to implement a step-by-step approach in popularising the new varieties.

Aghan, points out that once the farmers see the benefits from the selected 1 000 they will easily adopt the technology because “seeing is believing”.

“We plan to have large-scale sampling of the above four released hybrids primarily aimed at educating the farmers on the agronomic and stewardship practices essential for the successful cultivation.

“These seeds in 2019 shall be provided free of cost to selected farmers in key cotton-growing areas in Malawi,” reads in part a joint statement from Mahyco and Seed Traders Association of Malawi. n 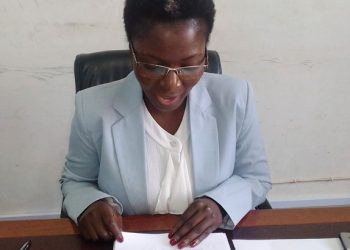