Jacobs Mwase, who is known as Zakaria in theatre circles, is set to release a movie titled Moyo.

Its double launch is also in the offing.

He is the author, producer and director of the movie.

Mwase told The Nation on Monday that he was motivated to produce the film because most girls suffer in silence when they are being ill-treated.

â€œMost people, non-governmental organisations and government think abuse is slowly ending in many homes, but that is not entirely true because some children, especially girls, meet a lot of challenges when growing up with step parents.

â€œIn summary, the main actress in the movie, Suzgika, played by Alice Mwase, grows up in a village under her grandmotherâ€™s care. She later moves to town to pursue her secondary education under the care of her paternal uncle. The uncleâ€™s wife mistreats the child,â€ Mwase explains.

He says his movie has first person narration, which is not common in many films.

â€œSuzgika is explaining her story to some orphans. Usually, most movies unfold events chronologically, but Moyo shows Suzgika as a successful woman at the very beginning and the rest of the story follows later.

â€œWe will be having a double launch because the movie [Moyo] has two parts. It will be the first time to show Moyo part two, but the first part already enjoys public viewing. We will only show it because of public demand.

â€œThe launch will be countrywide, but we will start showing Moyo in Lilongwe on September 29 at Capital City Motel and September 30 at Kalikuti Hotel. On October 6, the movie will also be unveiled to theatre lovers at Kasungu Inn,â€ he says. 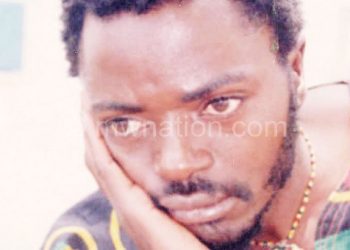