Often, people take for granted their ability to read and write with ease. But imagine what it would be like to look at a page in a book and only see distorted letters, or not see the variation between different letters.

Such is life for children with dyslexia, a condition that has affected many people in Malawi and around the world, making their lives difficult each and every day.

By definition, Dyslexia is a type of reading disorder in which the learners fail to recognise and comprehend written words and symbols, according to Patrick Malikebu, head of department for learning difficulties at Montfort Special Needs Education (SNE) College in Chiradzulu District.

For Lilongwe-based Jeranjie Kamfose, the revelation of her niece being dyslexic was enough reason to do everything possible to help her through it, and few years down the line, she founded Able Foundation — a Dyslexia Foundation to help address the challenges facing children with dyslexia in Malawi.

She explained in an interview how her family learnt of her niece’s condition through a neighbour in 2013.

“At the time, my niece was 11 years old and in Grade Five. She had a friend at our neighbour where she spent a lot of time. One time they hosted a guest from England, and she is the one who noticed that my niece is dyslexic.

“It was the first time we learnt of a condition called dyslexia and that revelation helped us to find ways of supporting her through it,” she said.

As time went by, the Queen Elizabeth Central Hospital (QECH) born Kamfose discovered that she too has a certain degree of dyslexia.

“I found that I didn’t like school when I was younger; I didn’t read books; I don’t even remember what books I read in primary school. I was that average child, and most of the things I know now I learnt because of travelling, not academically.

“So dyslexia cases vary from mild to severe and some people can hide it very well,” she said.

She recognises that there are many cases of dyslexia in the country, but people do not know about it.

“Parents and teachers need to know about it to be able to identify the condition in the children. Once parents know their children’s condition, they can talk to their teachers about it; which would, in turn, help teachers to assist the dyslexic children better. All they [children] need is a different way of learning and more time to process what their friends are doing in class,” she said.

In a telephone interview last Friday, Malikebu corroborated with Kamfose, staying although no research has been carried out to quantify the number of people affected with dyslexia, the condition is very common in Malawi.

He said the United States Agency for International Development (Usaid) and government, through the Ministry of Education, Science and Technology, has embarked on a national reading programme to improve early grade learners’ literacy skills.

Another intervention, according to Malikebu, is the role the SNE college is playing in training SNE teachers how to educate learners with dyslexia when they graduate.

However, Kamfose reckons that lack of awareness is the biggest challenge.

She said: “Since many people in the country do not know about it, the children who are dyslexic are sidelined and termed as dull. Yet, such children have learning difficulties and just need a different kind of approach to learning.”

She advocates that more schools should be inclusive of people with dyslexia, among other special needs.

“People should know that dyslexia is not a problem or a sickness; it is just a unique way of how a child can or should learn. It is not a disability,” she insisted.

The 38-year-old argues that in truth, most people who have dyslexia are very intelligent, citing, for instance, that some famous people such as Albert Einstein, Whoopi Goldberg, Richard Branson, Tom Cruise, Jennifer Aniston, and Steven Spielberg are or were dyslexic.

As such, she points out that parents should observe their children and ensure that if they are not doing well in class, they should be encouraged to find their passion.

other things,” she said.

On his part, Malikebu also stresses the significance of early identification of children with dyslexia.

“This condition can improve when appropriate techniques and interventions are taken. These children should be sent to school as early as possible, and in their classrooms, teachers should use appropriate teaching techniques such as multi-sensory approach where all the senses are involved in the teaching.

“Again, they should exercise maximum patience with such learners, by taking their pace in completing different tasks,” he said.

So far, working hand-in-hand with the special needs department, Able Foundation has created awareness in different schools and organisations.

“Our target are teachers, though, because they spend a lot of time with children. So, if a parent misses the signs and symptoms of dyslexia in the child, then the teachers should be able to identify them. So, awareness is key and the teachers’ response has been really good,” said Kamfose.

Able Foundation is also working with students who are in special needs training who volunteer to work with the organisation to know more about dyslexia.

Looking ahead, the organisation, which is presently working with seven families which have dyslexic children, will become member-based.

“After the awareness, we plan to have a centre where children can come for screening and receive other forms of assistance once they have been diagnosed,” she said.

Born on September 4 in 1981 at Queen Elizabeth Central Hospital (QECH), Kamfose is the third born in a family of five.

She attained her Malawi School Certificate of Education (MSCE) between 1998 and 1999 at Our Lady of Wisdom in Blantyre.

Later, she studied Business and Public Relations at Leeds Metropolitan University in the United Kingdom (UK) between 2001-2004 before she went on to study Business Management from 2012 at Eden College in Dublin – Ireland.

She called upon the public to join hands in raising awareness of dyslexia in the country.

“Everyone can be an advocate. October is Dyslexia Awareness Month, and this year it will be commemorated under the theme ‘Every learner is unique. Let us stop the stigma of labelling dyslexic children as dull, they just have a different way of learning’,” she said.

No baby? None of your business 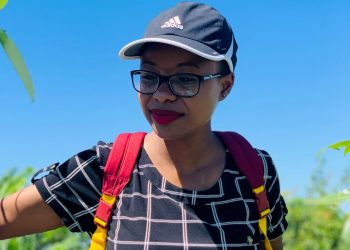 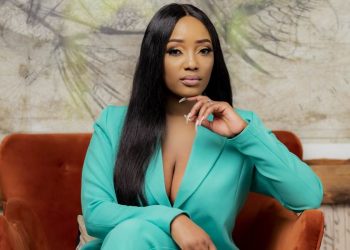 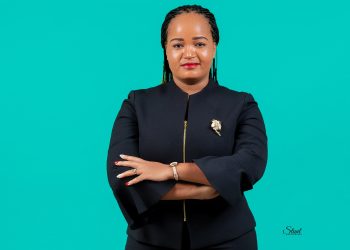