In an interview on Saturday, Reserve Bank of Malawi spokesperson Mbane Ngwira said the central bank  expects single digit inflation rate by the end of this year, a development that will provide room for interest rate action from the Monetary Policy Committee (MPC).

He said: “We expect that halfway through the year inflation will be in single digit and average less than 10 percent.

“Although the decision on interest rates is the purview of the MPC and several factors including future interest rate projections, it is expected that inflation will remain in single digit throughout 2020.”

But Ngwira said the only risk to inflation outlook remains the Covid-19 pandemic.

Maize, as part of the food component, constitutes about 45.2 percent of the Consumer Price Index (CPI) while transport accounts for 8.4 percent.

During the month under review, maize was selling at K9 000 per 50 kilogramme bag in the produce markets. 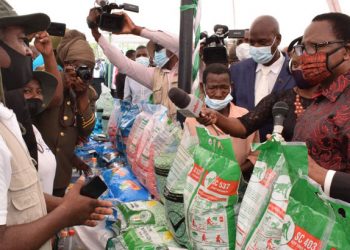