K14BN project to Resume after freeze

Eight months after its suspension after the initial contractor was implicated in contractual breaches bordering on sexual harassment and gender-based violence, the K14 billion World Bank-funded road project in Chikwawa is set to resume this February.

Roads Authority (RA) director of construction Sam Kadangwe said in an interview on Friday that what remains is the commencement of procurement procedures after government terminated the contract with the previous construction company, China Railway Number 5 Engineering Company last September.

He said: “We are working on identifying another contactor to complete the project… We have delayed a bit because we had to follow and complete all the termination procedures and come up with a new scope of works.”

The project seeks to upgrade the 59-kilometre Thabwa-Chitseko-Seven Road, widely known as East Bank Road, in Chikwawa from earth to bitumen surface.

Government and the World Bank terminated the project due to contractual breaches bordering on sexual harassment, gender-based violence and occupational health and safety standards.

The World Bank first suspended works on the project after some workers implicated the contractor in claims of contractual breaches before officially terminating the contract in September 2019.

Speaking when Deputy Minister of Transport and Public Works Charles Mchacha toured the rehabilitation and upgrading of drainage structures on the S152 Road, Kadangwe said the process to identify another contractor to complete the project was underway.

He said most of the technical issues, which posed as bottlenecks to the project, have been overcome after liaising with the project financier on the way forward and “now it is just a question of commencement of procurement procedures”.

Besides rehabilitating the road, the Chinese company, which started the works in March 2018, was also supposed to construct four bridges and drainage structures at Nkhate, Livunzu, Phala and Mitondo. The company was expected to complete the project in March this year.

Currently, Plem Construction Limited is erecting two other bridges at Mapelera and Liphangwi which are expected to be finalised in August this year.

Speaking when he toured the project, Mchacha expressed confidence that the works would meet the deadline despite challenges he attributed to rainfall.

“I am very much impressed with the progress so far and I am hopeful we will meet the deadline because the contractors are really trying their best,” he said.

Mchacha said the contractor was ahead of schedule because  overall physical progress is currently at 55 percent against 53 percent of the time elapsed.

The project is part of the Malawi Flood Emergency Recovery Project (MFERP) funded by the World Bank.

Our sister newspaper, Weekend Nation, broke the story on the suspension of the project on August 10 2019.

The story said female workers lodged complaints to a World Bank delegation which visited the project site in July last year that some of the Chinese were demanding sex in exchange of favours.

The bank officials’ visit followed a rights education meeting which a local civil society organisation, Centre for Empowerment of Women and Girls, held at the camp where the abuse allegations first surfaced. 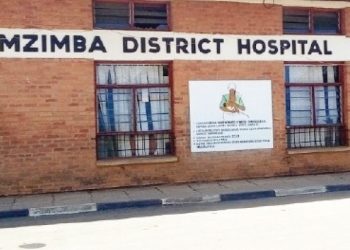