Kasikizi Coal Mine in Karonga, which was launched last month, has started production by targeting local industries.

The mine’s production capacity is pegged at 20 000 tonnes a month and targeting the textile, agro processing and brewery industries, according to one of the mine directors Grain Malunga. 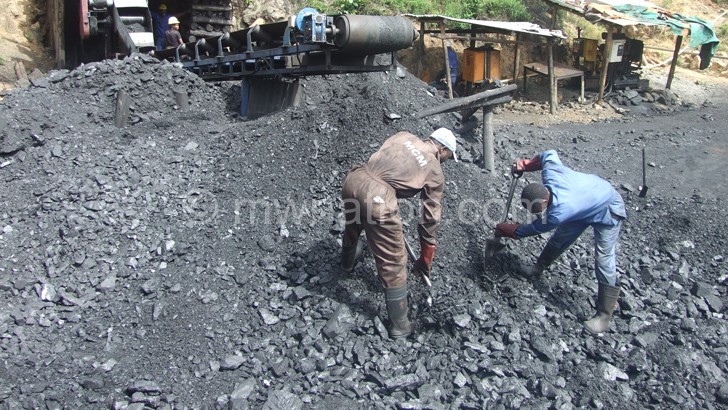 Malawi’s coal industry has been on death bed due to competition from coal mines in Tete, Mozambique, which has reduced demand for local coal due to pricing.

As a result, most companies import their coal from Mozambique which is closer to Blantyre, the commercial city, than the Northern Region.

The decision has led to the closure of some mines, including Nkhachira and Jalawe in the Northern Region.

Despite the coal industry being in ruins, a consortium of local and Indian investors has partnered Cement Products Limited (CPL) to establish Kasikizi Coal Mine in Karonga.

In an interview, Malunga said the investors have pumped in K1.5 billion and have, so far, created 100 jobs.

He said although CPL was granted the mining licence some years ago, production only started in August.

“We have so far produced 4 000 tonnes which is now being tested by the tobacco and cement manufacturing industries,” said Malunga.

He said Kazikizi Coal Mine plans to penetrate the local market which is flooded by coal from Mozambique, which is considered to be cheap.

“Our coal is of high quality compared to that from Mozambique,” he claimed.

Malunga said coal from Mozambique is cheaper because their taxation system is more favourable to coal industries than in Malawi.

“But with the coming in of Kamm’wamba Coal- Fired Power Station, Malawi should be in the equation if we are to be secure,” he said.

The coal that will be used to generate 300 megawatts power at Kamm’wamba in Neno will be coming from Mozambique through the rail line that passes through the country from Tete in Mozambique to Nacala Port on the other side of Mozambique.

The new coal mine firm has since asked government to ensure that it promotes local companies that are producing coal.

In an earlier interview, Minister of Finance, Economic Planning and Development Goodall Gondwe said the country opts to import coal from Mozambique because it is affordable compared to that which is produced locally and also that supply is readily available.