Touched by the plight of pupils at Mtunthama Primary School in Kasungu, the Lions Club of Kasungu has embarked on a drive to raise funds for the construction of school blocks at the institution.

One of the initiatives, organised in conjunction with Kachere Golf Club, is a golf tournament scheduled for July 30 2016 at the Kachere greens at Kamuzu Academy in Kasungu.

The club is also appealing to well-wishers to support the school.

Speaking in an interview yesterday, chairperson of the organising committee, Brenda Gunde, said they came up with the idea after observing problems facing Mtunthama Primary School.

She said lack of school blocks is forcing pupils to learn under trees, a situation which is fuelling school dropouts.

“The school needs two school blocks of two classrooms each to cater for the pupils who are learning under trees,” said Gunde.

Currently, four classes are learning under trees with an enrolment of between 90 and 120 pupils per class.

Gunde said the school committee has committed to source bricks, quarry stones and sand as their contribution.

On racism in the modern world 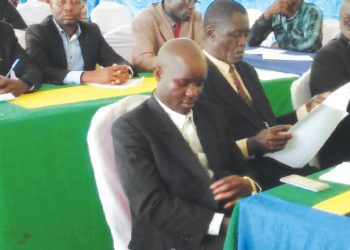