Police reforms have another chance to go beyond change of name for the benefit of Malawians frustrated by men and women in uniform, writes our Features Editor JAMES CHAVULA.

The police chief says “a crime is a crime”, requiring police officers to respect the law—not dance to political tunes.

He inherits a workforce lacking public confidence, with his predecessor Rodney Jose publicly accused of pandering to the whims of the regime ejected in June 23 election won by Malawi Congress Party (MCP) leader Lazarus Chakwera.

Kainja urges security agents to operate independently as required by the Constitution.

Currently, the police are making belated arrests postponed by the defeated regime of Peter Mutharika, which recently banished Kainja to Malawi Embassy in Zimbabwe just before Africa’s first repeat poll won by an opposition candidate.

The police chief obtained a court order restraining the deployment before ascending to the police helm.

Following Mutharika’s crushing loss, the police have detained suspects who appeared untouchable in the past six years because “the environment was not right”.

The spate described as ‘political persecution’ by DPP spokesperson Nicholas Dausi has opened floodgates of leaks of high-level corruption and financial plunder by political elites and their cronies.

“The revelations coming out every day in Malawi are showing a country that had become a fully fledged criminal enterprise with a president who was either complicit or too clueless to know,” tweets political scientist Boniface Dulani, from the University of Malawi’s Chancellor College.

The police indifference to the horror stories Dulani terms “beyond shocking” speak of law enforcers arm-twisted by its perceived political masters.

Waiting for a president’s fall to arrest a party cadre photographed openly assaulting a vendor blindfolded by Chakwera’s party cloth three years ago, tells a tale of a police induced to doze off on duty.

Last week, the seemingly security agency dispatched a vehicle to fetch the victim and take down a caution statement to be used in court against re-detained DPP cadet Jomo Osman.

Ironically, the suspect allegedly assaulted the complainant just a football field away from Limbe Police Station.

Kainja promises to steer clear of political leanings to regain public distrust made worse by their handling of mass protests against brazen irregularities that invalidated Mutharika’s narrow re-election in May 2019.

The police suffered massive push-backs, including beatings as well as torching of its buildings and vehicles.

Chakwera’s vision to build “a better Malawi for everyone” ramps up the urgency to mend police ties with frustrated citizens it is supposed to serve with integrity.

“What is needed is political will,” she states. “As you may have seen, the said public confidence in the police has quickly been restored after the fresh presidential election on June 23.”

MLS wants the government to urgently establish the independent complaints commission required by Section 128 of the Police Act activated in 2010.

A decade on, the Office of the President and Cabinet (OPC) has not named commissioners to receive and investigate grievances from people victimised by police officers.

MLS is concerned about the delay currently denying the citizenry—including women raped by the police outside the capital city, Lilongwe—a channel for redress.

Kaukonde argues: “MLS believes in the rule of law. Any institution established to entrench the rule of law is a plus and needs to be constituted and to start work as soon as possible.

“Any delays in doing so threaten the objectives of achieving the rule of law and this is of great concern to MLS.”

The lawyers’ body hopes the Police will maintain integrity and even gain more public confidence to ensure no one is above the law.

“Having a thriving system under the rule of law eliminates other entrenched bad practices such as mob justice, corruption and impunity,” she says.

Lot Dzonzi, former inspector general of police, was deputy chairperson of a special law commission which drafted the Police Act. The half-heartedly enforced law took a decade for the drafting to be passed by Parliament in 2010.

Dzonzi says some police reforms need to happen outside the police system, save for the strengthening of the professional standards unit and inspectorate role.

Reacting to our story, Who Polices Captured Police?,  published here last week, he wrote on Facebook: “First, implement the establishment of the Independent Complaints Commission as set in the law.

“Secondly, implement the Lay Visitors Scheme as provided in the law.

“Fourthly, improve the lines of information flow in the criminal justice system to promote efficiency and effectiveness.

“Fifthly, consider a fully fledged Directorate of Public Prosecutions that handles all prosecutions.

“Sixthly, empower the professional standards and inspectorate unit of MPS.”

Weighing into the raging debate over police integrity, Kapanga suggests “improved and meaningful training” that will make Police officers better understand their role in democratic Malawi.

She adds: “Procure equipment that will help minimise the use of teargas. If it’s to be used, it should be a last resort.

“Improved investigation methods. Arrest only when you are sure the offence committed is a clearly identifiable offence which satisfies all the points to prove. Government is losing a lot of money because of too many arbitrary arrests.”

Kapanga also calls for meaningful patrols “instead of the current aimless walking”.

He pledges “to bring back its old glory and public trust” by holding all security agents accountable for their actions.

Chakwera has challenged every minister to report tangible progress within five months.

As the clock is ticking towards the November deadline, Chimwendo says: “My target is that everyone should work according to the law and be accountable to all Malawians.

“They have to work as men and women in uniform, not party cadets. If you work according to law, you are accountable and you don’t have to fear any deadlines. They should not work to please Chakwera, but to make sure everyone is safe. I’m only here to lead.”

Chimwendo says his ministry has asked Parliament to fast-track the appointment of the independent complaints commission.

“The law did not clearly state who has the mandate to form the commission, so we have requested a relevant committee of Parliament for clarification. Soon, we will be putting adverts in the media. We are committed to establish the commission,” he explains.

The commission is key to shattering police impunity.

Last year, human rights defender Charles Kajoloweka termed the delay “a deliberate effort to deter accountability of the police” and “an attempt to systematically cover up criminal atrocities committed by authorities.”

However, Chimwendo promises to substitute impunity with the rule of law and answerability.

“As duty-bearers, we must work according to law for the benefit of everyone regardless of political considerations,” he says.

The minister refused to comment on calls to depoliticise the recruitment of prominent public servants, including police IG. 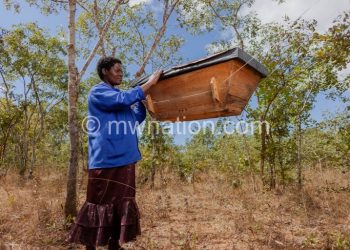