Malawi national football team coach Kinnah Phiri has expressed worry over the protracted search for teams by some of his key players, saying this could impact negatively on the teamÃ¢â‚¬â„¢s performance against Chad in the second preliminary round of the 2013 Africa Cup of Nations next month.

The other players who have not enjoyed game time in the recent past are defender Limbikani Mzava and Chiukepo Msowoya whereas captain Peter Ã¢â‚¬ËœMjojoÃ¢â‚¬â„¢ Mponda has just bounced back into action after a long break following an injury.

“It is a cause for concern because right now, I do not even know whether these players will land deals and start playing soon.

“My major concern is in the shape they will be, because some of them have not played competitive football for sometime now,” said Kinnah on Thursday.

He added: “The [other] problem is that whenever they are going for talks or trials with foreign clubs, they do not approach me for advice.”

He also argued that although these players might be training with various clubs they intend to join, competitive match fitness is vital.

Asked if he has a backup in the event that these players do not clinch deals by the time the Flames engage Chad, Kinnah said: “Of course, there are some few local players that impressed at the Cecafa Senior Challenge Cup that can be considered such as Phillip Masiye, Pilira Makupe and John Banda, but we still need the bulk of experienced players.”

“The only solace is perhaps that Mponda is back and Mzava is on the verge of signing for the Israeli club, but I still have concerns about players such as Joseph [Kamwendo], Elvis [Kafoteka], Esau [Kanyenda] and Russell [Mwafulirwa] because I am in the dark on progress of their talks with either their current or prospective clubs. I need to find out from them,” he said.

Kamwendo and Kafoteka are in Thailand where they are hoping to sign for undisclosed top teams whereas Kanyenda is reportedly waiting for a formal invitation to join Angolan side Kabuscor SC.

Worsening matters for Kinnah is the fact that the South African League second round will only kick off mid next monthÃ¢â‚¬â€just weeks before the Flames face Chad.

Cosmos spokesperson Lucky Mhlathi confirmed to KickOff.com on Tuesday that the two parties had agreed terms.

But Mhlathi said Mwafulirwa will only sign after acquiring his South African residence permit.

“Russell spent three years with us and two with Ajax, which qualifies him for a South African residence permit,” he said. 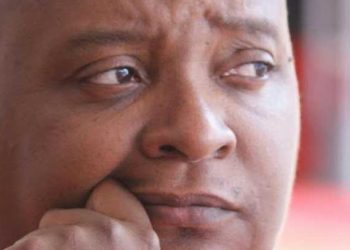