In an interview on Tuesday, the IMF official was, however, upbeat that things may turn the corner, saying there is potential for the country to do even better in the absence of budget support.

“Experience in the region suggests that countries can become financially independent only when it can raise financing from the financial market. 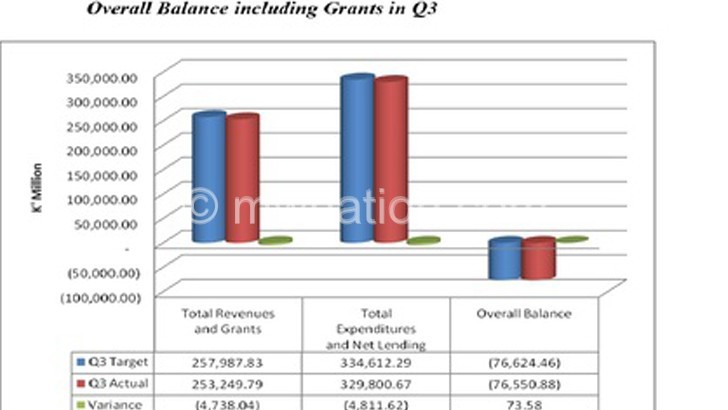 “This would require, among other things, strong and prudent fiscal and monetary policies and a track record of robust economic performance which leads to confidence building,” he said.

Ree admits revenue under-collection is expected to prolong for some time.

Ree is banking hopes on the new three-year Extended Credit Facility (ECF) programme, saying it has been designed to provide the starting point for the country to be financially independent and to anchor fiscal deficit targets.

In the absence of direct budget support, Treasury has resorted to domestic borrowing, which crowds out the private sector.

This fiscal year, domestic debt is projected to rise by 473.6 percent as government plans to borrow K176.1 billion compared to K30.7 billion in the revised 2017/18 national budget.

In an interview, University of Malawi’s Chancellor College economics professor Ben Kaluwa said the absence of direct budget support has put government under pressure, making it unable to achieve its goals.

“In its desperate state, government has been setting targets for revenue which are unrealistic for MRA given the state of the economy.

“The absence of donor aid has also seen government resorting to borrowing, but this is not sustainable because debt has to be repaid with interest which means government has to raise more to service the loans,” he said.

But economic statistician Alick Nyasulu said as domestic revenue seems to be a viable source of revenue for the country, there is need to modernise and formalise the economy.

He said: “We need to know that a big chunk of the economy is informal, including the mainstay, agriculture. Most of the informal sector does not pay taxes, but it is well captured in official statistics.

“It is difficult to expand the tax base when a major part of the economy is informal. You only end up overtaxing the few formal businesses. We ought to look at these issues as this is the only way we are going to wean ourselves from donors.”

Minister of Finance, Economic Planning and Development Goodall Gondwe has, however, maintained that the country’s public finance management reforms have reached acceptable stage and that government is on course to recreate a conducive macroeconomic framework.

He said because of this, donors will likely bounce back. n