by Brian Itai
in Entertainment News, Front Page
3 min read
0
Share on FacebookShare on TwitterShare on WhatsAppShare on LinkedinLinkedinShare via Email

It is a seven-hour trek from the foot of the mountain to the Chisepo Hut. After a night at the hut, it is another three-hour hike to the highest point in southern central Africa, Sapitwa on Mulanje Mountain.

But Minister of Tourism, Culture and Wildlife Michael Usi is not fazed to and will join musician Lawi on that three-day trek.

And, surprisingly, organisers on Monday announced that the music on the two nights will be from Lawi and Keturah, to drum up support for Malawi’s Island in  the Sky.

Lawi, as the Voice of the Mountain, says he is set for the trek to the peak, perched at 3 002 metres above sea level.

“I have been doing physical preparation for the past few weeks and it is a wonderful experience knowing I will be going up the mountain with a dedicated team of nature enthusiasts, including the minister,” says Lawi.

The musician, who will be part of the poetry and music performances on the mountain, said he has hiked smaller mountains in Gauteng and North West in South Africa so a hike to Sapitwa is exciting.

“I’m looking forward to going all the way to the great Sapitwa,” says the Amaona Kuchedwa artist.

The artist believes this is an opportunity for him to be inspired by nature.

“Nature makes us sing, music is everywhere: In the sky, on land and in the ground music is subtle. I look forward to enjoying music from a higher ground,” says Lawi.

Usi is equally excited. He has been preparing by hiking to the summit of Bunda Hill in Lilongwe.

“I used to hike the Mulanje Mountain some 30 years ago. I am looking forward to the challenge. I am excited to be part of this mission led by Lawi,” he says.

If he makes it to the peak, Usi will be the first Minister of Tourism in office to make it to the tourist attraction that is characterised by grandeur, sparkling pools and exciting slopes, but faces environmental degradation.

According to one of the organisers, Emmanuel Maliro, all preparations are on the right track.

“Everyone is extremely excited, many have just been hearing about Sapitwa myths, they believe it’s time to see on their own. Malawians now love their country to see what we have, instead of going to other countries, we should hold hands and fix our local tourism ourselves,” he says.

The nature enthusiasts will spend two nights at Chisepo hut, before and after reaching the summit with a treat to music, storytelling with a bonfire lighting the nights. 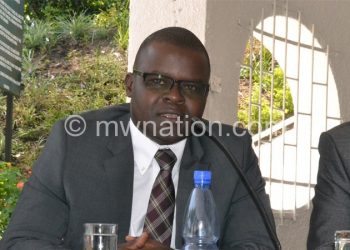