The 1991 Phalombe floods went into the annals of Malawi’s history as a complete tragedy. Hundreds of people died from the mountains of waters that came down the Michesi Hills.

A story is told that, almost all the people from Bokosi Village drowned or were washed away. In which case there was no one to mourn the other. All the harvest, goats, cattle and chickens went together with the people. It was like an exodus of a people living in the slopes of the Michesi hills to settle in the deep sands of the Indian Ocean.

There is a monument in the district which reminds people of these floods. Some of the survivors of these floods recall the day with very sad memories, and the day haunts them, almost 30 years down the line.

While there is a monument of these floods erected in their memory, Lawi’s new song, titled Gitala Lokha departs from this memory to recreate a story of how God saves and loves, and raises some people from different hard situations to become important people in the society.

While Lawi mentions various hard times like how Malawian soldiers survived in the war in Mozambique, the main feature of the song remains his guitar which he survived with in the Phalombe floods. Lawi reinvents the Phalombe floods and sees himself as one of the survivors.

After his property, parents and uncles, brothers and sisters were washed away by the floods. It is only his guitar survived and remains with him.

Now, a lonely figure in the world, destitute, only armed with a guitar, through hard work and resilience, and above all, God’s protecting hand, his life has changed. The guitar has taken him to great cities in the world that he never thought of. He says God has picked him from the shanty Safarao in Ndirande Township to some of the great cities in the world where great people like Obama lives (Kukakhala kulimbika, ife tizalimbikabe, Mulungu alipo amatisamalira. Zolimbazi, ife tizalimbabe, Mulungu alipo amatisamalira. Watichotsa ndi Mulungu, kwa Safarao, ku Ndix, mpaka atisiya apapa, Takaona kwawo kwa Papa mpaka kwa Obama ndi gitala lokhali.

The song, which is a Lawi’s fusion of Alan Namoko touch, that he discovered back in 2013 in Amaona Kuchedwa, and carried it to Zonena Kuchuluka in 2017 and now to Gitala Lokha, has Phalombe as its main setting, of which rivers Namoko frequently crossed before his death in 1995.

In Amaona Kuchedwa, there was an impatient man who walked all the way to Mulanje, after his car broke down, against his friends’ advice not to use it. It seems in this kind of songs, while Lawi successfully sings in a borrowed Lhomwe tongue, he also has a special liking of the districts where we find most of the Lhomwe people. Perhaps, it is his attempt to keep reminding us that Namoko the great, came from Thyolo, one of the districts in the Lhomwe belt.

The phenomenon of floods, commonly known as Napolo, has been used by various artists in Malawi. For example, late Steve Chimombo, English professor at the Chancellor College, wrote extensively on the ravages of Napolo.

Black Paseli, also recorded a song Napolo as early as 1947. The song was later picked by Gides Chalamanda and also Makasu Band. Lawi, however, goes beyond these narratives of the wrath of Napolo, and represents it as a symbolism of human adversity that can be challenged.

The Indian Ocean, a symbolism of the end of all things, has been previously used by other artists as well. For example, Daimond Kudzala, in his song, Ndikaima Paphiri, he paints a picture of himself as a person who is disillusioned with life.

So, just like the plot in Ken Lipenga’s short story, Waiting for a Turn, he climbs to the peak of Mulanje Mountain. But while the character in Lipenga’s story is ever standing in a queue, willing to jump from the cliff on Sapitwa Peak to throw himself into the abyss, the persona in Kudzala’s song, goes to the source of Ruo River, where, in a suicide act, will get himself drown into the Ruo, and Ruo will carry him to Shire and will end up in Indian Ocean as his grave.

But Lawi and his guitar, did not end in the Indian Ocean. God protected them. And the guitar that he carries with him wherever he goes is testimony to his life.

While the symbolism of a guitar as the only thing that survived with him, could be interesting, he does not say where the guitar was at the time of the floods.

Was it with him and he managed to clutch to it through the waves and managed to sail with it to the hard ground? Or is it the guitar that saved his life, he saw it while drowning and he rode on it like a boat to the dry land?

Or after the flooding waters had gone did he search for it and reclaimed it in the mud sands or saw it trapped in the top branch of a surviving tree or he saw it floating in the water, after the floods have passed? 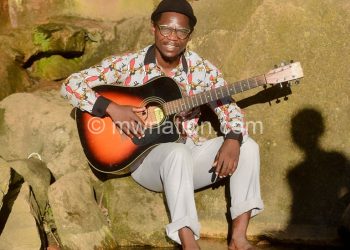 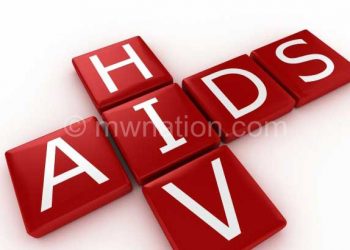