For the past weeks following the demonstrations championed by Bon Kalindo, there were and there are still some quarters of the society who are trying hard to stop the people from voicing out their concerns.

Those who feel the demonstrations are premature argue that the social and economic ills that Malawi is facing are not unique to Malawi, but it is rather a global issue. Then there are the Tonse Alliance praise-singers who deliberately try hard to ignore the fact that Malawians are going through a tough economic situation which government needs to address. In their wisdom, all is well and there is nothing wrong that the Tonse administration is doing.

A couple of weeks ago, Livingstonia Synod of the CCAP joined those who feel the demonstrations are premature and Malawians need to give the government more time to put things in order. The Synod, almost fell short of telling Mzuzu residents not to participate in the demonstrations.

Take the current situation, for instance, people from the North are also facing the same problem of the rising cost of living; hence, they have every right as individuals or groups to take to the streets to voice their concern if they so wish without anybody or group shutting them out.

I am concerned that there are times that the Livingstonia Synod has behaved as though the people from the North do not have brains to know what they want from their government; hence, the synod feels it has an obligation to speak on their behalf.

It is clear that the synod sympathises with the current government, well that’s their choice and right. However, this should not be forced on people neither should every Livingstonia Synod member automatically become a Tonse government sympathisers. Let people hold different views. It is their choice and right. In fact, there is nobody in this country who has been spared from the rising cost of living, unless one is deliberately choosing to ignore the reality.

Remember you are mortal! 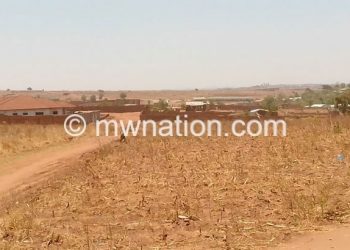