Indigenous Businesspersons Association of Malawi (Ibam) has asked government to award 70 percent of contracts to local business as one way empowering them to grow the economy.

Ibam says the remaining 30 percent should be given to foreign firms on condition that they enter into joint ventures or partnerships with locals.

Speaking during an Ibam sensitisation meeting in Blantyre, its president  Mike Mlombwa said Malawian-owned businesses have the capacity to excel just like foreign firms, but are being let down by government policies.

He said: “Why is it that most businesses in government and parastatals are being awarded to foreigners when Malawian entrepreneurs have the capacity to go abroad and buy equally desirable goods that they can sell to these companies.

“This tendency of preferring foreign to local firms is the reason Malawi Revenue Authority [MRA] is failing to beat its target because most of the small and medium enterprises [SMEs] are not making profits because they are not given business opportunities.”

Minister of Industry, Trade and Tourism Joseph Mwanamvekha while emphasising that the role of government is not to be engaged in business, said government is committed to supporting local firms in ensuring that they become empowered, thereby contributing to the country’s economic growth.

“Government has already taken a step on that plea through the Buy Malawi Strategy [BMS] where Malawian companies are entitled to a minimum of 30 percent of government business. This is just a minimum, it can even go up.

“But what concerns me also is the way we sometimes conduct ourselves when we get few money. We tend to outcompete each other unnecessarily by opting for expensive luxurious goods without due consideration to the working capital or businesses,” he said.

Mwanamvekha advised local firms to build strong business empires by forming partnerships that will stand the test of time.

He said, among others, government has put in place policies and programmes aimed at enhancing private sector development and empowering Malawians which include the provision of matching grants, business linkages programmes, simplified trade regime and review and development of economic laws. n

New VAT policy and its impact on tax revenue 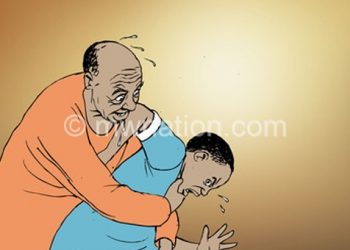 New VAT policy and its impact on tax revenue