They say music is the medicine of the mind. In this regard, Youth Alert thought of bringing a dose to Blantyre youth at Blantyre Youth Centre on Saturday.

The organisation had lined up Skeffa Chimoto, Diktator, Piksy and Lulu on their playlist at Youth Alert Mega Music Show, which was meant to sensitise youths on youth-friendly sexual and reproductive health services. In an interview with The Nation, Youth Alert coordinator Martin Kalima said they decided to use youthful musicians for the event to sensitise the youth to youth-friendly sexual reproductive health services.

“These are musicians that have an influence on the youth and they are youthful as well so they can put across the message because the youths can relate to them,” said Kalima.

However, the show was not short of hiccups as Lulu failed to show up.

The artist arrived almost 45 minutes after the show had ended and said he had a breakdown on his way to Blantyre from his base in Lilongwe.

Diktator mesmerised fans when he jumped on stage with mellow-voiced Bucci to perform their collaborative Zokhumba.

After performing a long list from his popular songs, it was Yanga Ija and Shasha that saw the youthful audience sing along.

Cheers as Piksy hoped on stage suggested he was indeed the right choice to sing for the cause of the youths.

The artist performed songs such as Unamata, Oh Yeah and Wa CV. 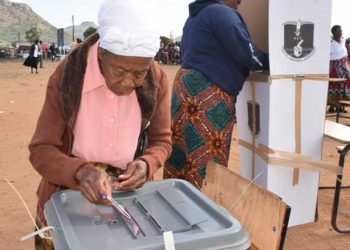