Pope John Paul II once remarked that “artistic talent is a gift from God and whoever discovers it in himself has a certain obligation: to know that he cannot waste this talent, but must develop it.”

This quotation can be applied to one of the country’s multi-talented artists Lawrence Khwisa, popularly known by his moniker Lulu, an artist who keeps on growing from strength to strength.

The musician started nurturing talent at a tender age as an R&B singer and dancer and broke onto the scene with his Magwiragwira hit single.

Since then, Lulu’s career keeps growing with his music styles becoming more sophisticated.

He plays different kinds of music ranging from rhumba to reggae and, of course R&B infused with a blend of various genres. Other than pointing to a confused state, this variation in style is an exhibition of his flexibility.

Remember Mbambande and Mwachenjera Darling? Both tracks that do not really define Lulu as an R&B artist.

Even his latest single Undidikilile Ine, released on Friday, acts more to strengthen the claim of Lulu as an artist of varied styles.

Give Lulu a guitar to pluck, a microphone to sing and floor to dance on and you will be amazed with what he will produce. He springs out surprises at every given opportunity.

Apart from playing and recording music, Lulu is a stage performer who has been the centre of attraction at a many live shows, both on the local and international stages.

To prove his prowess, Lulu wound up his United Kingdom (UK) tour on a high note when he mesmerised the audience at the London Roya Regency on Saturday night.

Several artists come on the country’s music scene with a bang, but their steam soon evaporates.

There are also times when the competition in the music industry grows tough with artists jostling for positions, bookings and live performances.

But what keeps Lulu going?

“First of all, it is important to know that God gave us talent and expects us to develop it. Therefore, I do music with passion because I cherish and regard it as my profession. Most importantly, I ask God to intervene in whatever I am undertaking,” he said.

Lulu, who flawlessly doubles as a guitarist and singer, said to excel in many tasks, one needs exposure and determination.

“If you believe that you can do something, you do not end there, but invest all your effort to excel. Even the most brilliant dream is never achieved while staying idle, but by doubling up one’s efforts. So, if it is learning a guitar or dancing, it needs action and determination,” he said.

Lulu, who cemented his place at the future of Malawian music with his 2014 release Nd’zalera, added that he is always abreast with current affairs in the music world to enable him to adapt to changes.

“As an artist, I have an obligation to produce or sing what is relevant to people. But how can I achieve this without staying current with affairs of the industry? I make sure that I do research on what is trending apart from creating new things,” said Lulu.

Meanwhile, Lulu has released singles off his new album Mwayenera which is set for launch at Bingu International Conference Centre (Bicc) in Lilongwe on May 1.

He described his new album as an extension of his growth.

“Whatever I do now alongside Mathumela Band is aimed at moulding ourselves into a reputable brand for international consumption. Fans should watch this space because Mweyenera is going to be something big,” said Lulu.n

I am frustrated, says Billy Kaunda 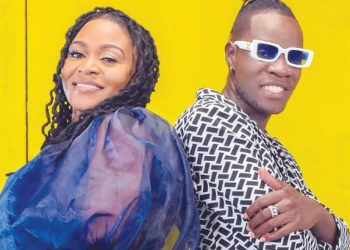 I am frustrated, says Billy Kaunda