Malawi Communications Regulatory Authority (Macra) has come under fire from the Ministry of Information for failure to enhance consumer protection due to its laxity to enforce regulations in the telecommunications sector.

Speaking in Lilongwe on Monday during a meeting with officials from SimbaNet Malawi, E-government, Macra and Public Private Partnership Commission (PPPC) to understand why Internet costs remain high, Minister of Information Gospel Kazako said players are getting away with inefficiencies.

In his presentation, SimbaNet Malawi country manager Allen Chimhende said they were offering $75 (about K55 500) per megabyte per second per month (mbps/month) as a wholesale price while operators are charging consumers $150 (about K111 000) per mbps/month on retail.

The revelation riled Kazako who questioned why Macra keeps on watching operators charging 100 percent of the wholesale costs without the regulator acting through its Consumer Affairs Department.

He said: “We have interest to protect consumers and investors, but we should be fair.

“The law gives you (Macra) power to regulate the telecommunications industry, but it seems Macra is toothless.”

Kazako said the universal access to Internet agenda under the ministry will not be achieved if Internet prices remain high.

PPPC acting chief executive officer Audrey Mwala bemoaned the lack of information to ascertain how operators arrive at the cost of Internet, saying the sector operates in secrecy to the disadvantage of consumers.

He said while Internet tariffs have been reducing over the years, there is need for proper analysis to trigger further affordable data rates.

The programme is being supported by the Department of E-government in the Ministry of Information. RBM reins in on banks 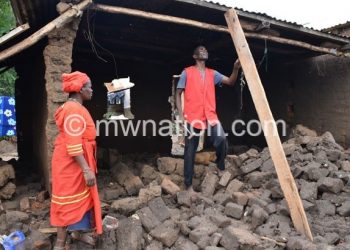