Macra under fire for bias

Civil society organisations (CSOs) planning the April 27 demonstrations have accused the Malawi Communications Regulatory Authority (Macra) of being unprofessional, biased and insensitive to the suffering of Malawians.

The CSOs’ position followed Macra’s summoning on Friday of privately-owned multi-award-winning Zodiak Broadcasting Station (ZBS) for airing a promotional advert from the CSOs inviting people to join the demonstrations against the disbursement of the K4 billion fund to legislators and other issues.

In a statement issued at the weekend signed by lead organisers Timothy Mtambo, Gift Trapence and Charles Kajoloweka, the CSOs condemned what they termed “sick conduct” from the regulator.

They said there was nothing wrong for ZBS airing a paid-for advert on the April 27 nationwide demonstrations.

They wondered why Macra does not take action against the taxpayer-funded Malawi Broadcasting Corporation (MBC) which airs pro-government propaganda programmes such as Sapita Kawiri and Ndikakhala Chete which, they said, contain ‘hate’ messages.

Reads the statement in part: “Macra is never independent as it would want Malawians to believe. This institution has totally been reduced to a mere folk of the ruling DPP [Democratic Progressive Party] full of nothing, but unprofessionalism, bias and insensitivity with no heart for the whining 17 million Malawians.

“These are the reasons among many as to why Malawian must come to this anti-corruption and vote of no confidence peaceful demonstration. Let us also take this opportunity to warn the DPP-led government that Malawians and the whole world are watching. Malawians are never foolish.”

Macra communications manager Clara Mwafulirwa said she was not aware of the concerns raised by the CSOs.

But Minister of Information and Communications Technology Nicholas Dausi said Macra, as a regulator of electronic media, was only performing its functions.

He said: “There is a doctored advert about the demonstrations and Macra wanted to establish the truth from ZBS. I don’t think that would mean trying to stop people from demonstrating.

“You know that the genocide in Rwanda started with such radio messages. As a responsible government, we don’t want such things to happen. These CSOs should have been thanking Macra for trying to help, not otherwise.”

In a separate interview, Mtambo, who chairs the Human Rights Defenders Forum (HRDF) and is executive director of Centre for Human Rights and Rehabilitation (CHRR), said Malawians were tired of being led by corrupt, irresponsive and suppressive leaders.

Through the demonstrations, the CSOs want to push for the cancellation of disbursement of the K4 billion fund and that Cabinet ministers Goodall Gondwe (Finance, Economic Planning and Development) and Kondwani Nankhumwa (Local Government and Rural Development) resign or be fired for their roles in the scam.

The CSOs argue that the K4 billion allocation is illegal and not in the best interest of Malawians, hence the need to immediately cancel it.

Besides, the protests will also be held over continued blackouts and government’s K45.2 billion bailout to State produce trader Agricultural Development and Marketing Corporation (Admarc) without seeking parliamentary approval in 2017.

On continued blackouts, the CSOs feel Electricity Supply Corporation of Malawi (Escom) and Electricity Generation Company of Malawi (Egenco) have failed to effectively supply electricity amid purchasing and hiring of generators.

the best interest of Malawians; hence, the need to immediately cancel it.

Other CSO demands include an appeal to ACB to investigate the K4 billion fund and its linkage to the rejection of Electoral Reforms Bills in Parliament; tabling and passing of the Electoral Reforms Bills, including 50+1 electoral system of electing the President in their original form as proposed by the Law Commission and reversal of the appointment of Rodney Jose as acting IG. The CSOs also demand action on killings of people with albinism. 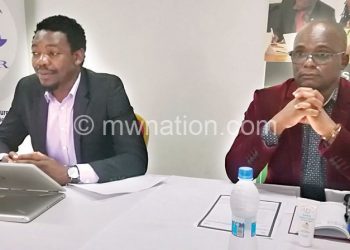 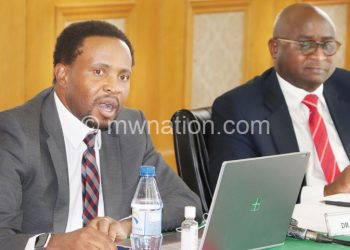 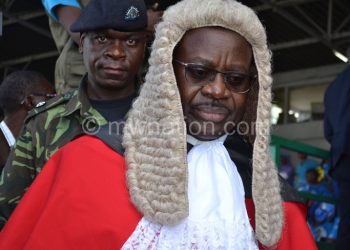