by Mcdonald Bamusi
in Front Page, National News
4 min read
0
Share on FacebookShare on TwitterShare on WhatsAppShare on LinkedinLinkedinShare via Email

The Malawi Communications Regulatory Authority (Macra) has thrown out a complaint by the opposition Malawi Congress Party (MCP) against alleged biased reporting and programming by Malawi Broadcasting Corporation (MBC).

The regulator has told MCP to lodge its complaint with the public broadcaster, a response MCP has described as strange, coming from an institution mandated to act on media houses that flout the Communications Act.

MCP wrote Macra on February 1 2018, urging it to act on MBC for perceived biased reporting and programming, and warned to take other measures if Macra failed to act.

In a letter signed by Macra director general (DG) Godfrey Itaye, the authority urged MCP to lodge a complaint with MBC.

Reads the letter in part: “Reference is made to your letter dated February 1 2018 in which you have complained to the authority about Malawi Broadcasting Corporation’s conduct. In the letter, you have specifically mentioned programmes such as Sapita Kawiri, Chindunji, Your Manifesto and Ndikati Chete, which you perceive to be biased against your political party.

“This allows for quick redress of the matter and prevents the authority from being overburdened with matters that can easily be resolved at service provider level. We would, therefore, urge you to lodge your complaint with MBC as well on the matter.”

Macra also said MCP’s complaint is ‘very general’ and advised the party to state specific dates and times of the broadcasts that it is complaining about “so that we can focus on those broadcasts”.

The party is further challenged to state the actual content that is the bone of contention.

“The authority would like to advise that contrary to your assertions, it monitors all broadcasters, including MBC. Apart from summoning private broadcasters, the authority has on several occasions summoned MBC on its broadcasting conditions under the Communications Act and its licence,” Itaye argues.

But MCP’s deputy secretary general Eisenhower Mkaka said in an interview yesterday that the party had received the Macra letter, but were surprised that Macra was taking sides.

“In messages by different radio/television stations, they ask anyone who feel they have been injured by a report or a programme to report about their grievances to that particular media house or Macra as an option.

“We opted to complain to Macra because this has been going on for a long time, and what is wrong with that. They needed not to ask us to cite the actual programmes because we are complaining about the entire programming of the programmes mentioned. It is strange we are having such a response,” he said.

Mkaka warned that MCP was taking an unspecified action to ensure their complaint is redressed.

Lawyer Mandala Mambulasa, a campaigner of freedom of the press, agreed with Mkaka that adverts by media houses urge anyone who feels to have been injured to complain at a particular media house responsible for such injury as per the Communications Act.

Mambulasa, however, said the Macra letter suggests that it has not completely thrown out the MCP complaint, but the regulator wants MCP to complain to MBC first.

Itaye said, in an interview before the letter was delivered to MCP, that such issues are confidential and they treat them as such.

MBC DG Aubrey Sumbuleta in a response to a questionnaire, also before Macra issued its response to MCP, said in its programming, the station is guided by its statutory mandate as stipulated by the Communications Act 2016.

“All our programmes, both old and new are designed to educate, inform or entertain the public in fulfilment of that mandate. Periodically, we review our programming so that we remain relevant to the changing needs of our audience in line with broadcasting principles laid down in the Act.

MCP, according to Mkaka, brought Macra to the attention of new programmes such as Sapita Kawiri, which he claimed is designed to air about MCP’s dark past, most times with twisted facts, aimed at vilifying the party despite a fact that “this is totally a reformed MCP and in a democratic Malawi and not in one-party system of government, with a totally new leadership”.

MCP, in the letter to Macra, said the other campaign programmes the tax-funded station has rolled out include Chindunji, Your Manifesto and Ndikati Chete, which he said are purely biased.

MCP reminded Macra to look at what MBC is doing, reminding it that as a public broadcaster, it is legally required to provide unbiased coverage to all parties because it is run on tax payers’ money.

The Communications Act, under Section 87 (2) (a), stipulates the public mandate of MBC to function without any political bias and independently of any person or body of persons.

Section 87 (b) states that [MBC will] support democratic process; (c) refrain from broadcasting any matter expressing its opinion or the opinion of its board or management on current affairs or on matters of public policy, other than broadcasting matters; (d) provide balanced coverage of any elections; and (e) have regard to the public interest. 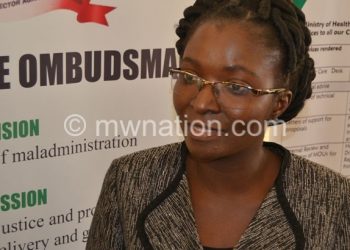