Between January and October this year, at least1 700 defilement cases were reported nationwide. While these might appear as mere statistics, our News Analyst MERCY MALIKWA puts a face to this disturbing reality:

On the day we visited her home in the populous Ndirande Township in Blantyre recently, Madalo (not real name) smiled at us shyly before saying hello.

The eight-year-old then sat quietly beside us as her two elder sisters, Elube and Anne, narrated how she had her innocence ripped away.

“It was on January 2 this year when Elube and her husband had gone to the village for a funeral.

“I went to their house to look after Madalo who lives with them,” Anne broke the silence.

Around 6pm, the elder sister briefly left Madalo, who was seven at the time, to go to the market to buy relish for supper.

Upon returning, Anne found the young girl sitting quietly in the house. She got busy preparing food to have supper in good time.

Says Anne: “After cooking, I asked Madalo to collect a food warmer from the kitchen.”

She says it was then that she noted something.

“Madalo was having difficulties to walk. When she came back with the food warmer, she just stood legs spread while holding on to a chair for balance,” recalls Anne.

She got deeply suspicious. Anne couldn’t comprehend what had happened to her younger sister in the 20 or so minutes she had gone to the market.

When she quizzed Madalo, who aspires to become a medical doctor, why she was walking and standing like that, the young girl didn’t say anything.

“As an older person, my thoughts immediately ran wild. I ordered her to undress and lie on her back.

“When she did, I saw the horror of my life. There were signs of penetration and seminal fluid all over her,” Anne narrates.

She says she got extremely mad and asked Madalo who did this to her. At first, the girl was reluctant to mention the person.

“I warned her that if she doesn’t tell me, then the police will have to arrest her,” says Anne.

Between sobs, Madalo mentioned her defiler. It was Elube’s 48-year-old landlord who was living in the same compound.

With a heavy heart, Anne went outside to confide in a few neighbours who accompanied them to Ndirande Police Station to report the incident.

“At police, Madalo narrated that as soon as I left for the market, the landlord called her to his house and he defiled her.

“He then warned her that, if she dared say a word to anyone, she and the people that she cares about were going to die,” she says.

The officer on duty gave them a referral note to Queen Elizabeth Central Hospital’s One-Stop Centre before advising them to go home and call if they found the perpetrator around.

They arrived home quietly to avoid raising any alarm, but the elder sister noticed that the landlord was not at his house.

“It was around 4am when I noted that he was back. I quickly called the police who came to arrest him,” says Anne.

With anguish in her eyes, she explains how at first the man told the police that it was Madalo who approached him at his house.

Anne says: “But after some serious quizzing he accepted that he had indeed defiled her and blamed the incident on a pornographic movie he was watching.”

Later that morning, Madalo was taken to One-Stop Centre where a medical examination showed that her vagina was badly damaged. She got the necessary attention, including psychosocial counselling.

Within the same month, the case went to court and on 24 February the man was given a seven-year jail term.

At the time of the sentencing, Elube had moved houses as she couldn’t bear to see what Madalo was made to pass through by the man’s relations.

“Some of them would taunt her while others would stand on her way every time she was going to the bathroom or toilet,” she says, adding that she feels the sentence is too little.

Elube says she can’t even start to compare seven years to the damage Madalo will have to endure all her life.

For some weeks after the incident, the young girl had to undergo physiotherapy sessions at Kachere Rehabilitation Centre due to a dislocated hip.

Elube says: “To make matters worse, days after the sentencing, some of the man’s family members boasted at the water kiosk in our presence that their brother will be out in no time.”

However, Anne doesn’t regret reporting the incident to police despite that on several occasions the perpetrator’s family reached out to them to drop the case and resolve it at home.

“Madalo is a child and to think that someone took away her innocence injures my heart. When this happened, I imagined how sex can sometimes be painful for a consenting female adult and realised how huge this was for my little sister,” she says.

The organisation’s monitoring and evaluation manager Siphiwe Malihera says, by their nature, children are supposed to be protected and reporting of sexual abuses committed to them offers them an opportunity of counselling.

“In many cases, such incidents have a long-lasting psychological effect on the child because, mostly, once they are sexually abused, they become traumatised for the rest of their lives,” he says.

Malihera believes that reporting cases of child sexual abuse helps law enforcement agencies to cleanse the environment by imprisoning child sexual offenders like it did with Madalo’s perpetrator.

The child rights champion asks all parents, guardians and every Malawian to help in making Malawi and its environment safe for children by reporting cases of child sexual abuse to police. 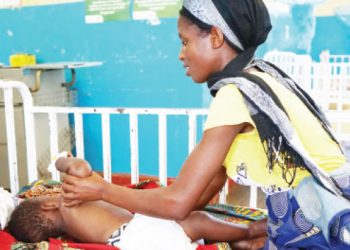