Traders have started buying maize from some farmers at K80 per kilogramme (kg) against the government set minimum buying price of K150 per kg, a survey by Centre for Social Concern (CfSC) has established.

The snap survey was conducted in some rural markets in Mzimba, Lilongwe, Kasungu, Zomba and Chiradzulu last week. 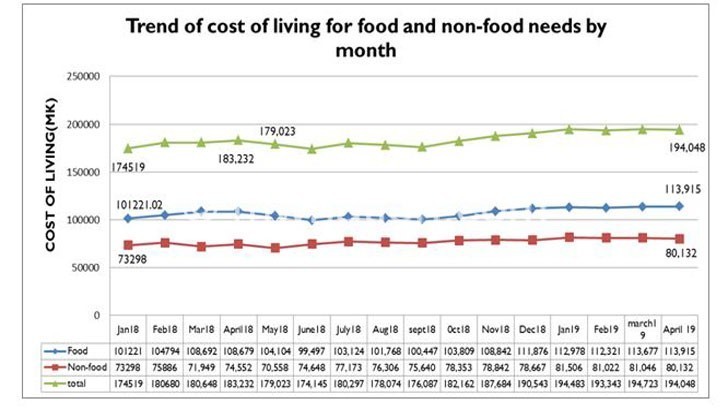 He said that already, at K150 per kg, farmers cannot break even and they later become net buyers.

“The farm gate prices are far-below what farmers need to break even. Our calculations show that farmers would be better with at least K160 per kg as a minimum price.

“But what we are seeing now is the opposite of what should be happening. Farmers are losing out big time, mainly because there is no monitoring mechanism in the markets,” he said.

Grain Traders Association of Malawi president Grace Mhango, while confirming that there are markets that are trading maize

below the set minimum prices due to farmer desperation,  said there is need to let market forces decide on the pricing.

She said: “These are small trades that happen due to farmers’ desperation of cash to sort out pressing needs. Our members have not started buying yet, but I am sure there could be other non-members who have started buying.

“Should demand for maize go up, the price will automatically get to the K180 per kg. Let market forces push it.

“Government should not be the drivers to push up staple food cost bearing in mind that most of this maize will be bought by the same disadvantaged farmers when it comes lean period which is October to March next year.”

Ministry of Agriculture, Irrigation and Water Development Principal Secretary Grey Nyandule-Phiri said this is a critical period as Agricultural Development and Marketing Corporation (Admarc), the State produce trader, is yet to open its markets while at the same time monitoring mechanisms has slowed down as most of the vehicles are being used in the election.

“We issued permits to the grain traders and these permits have conditions. We will be pouncing on a number of areas after elections and those who have not been subscribing to the minimum price will face the law,” he said.

The minimum prices were released at a time the second round of crop production estimates projected that the country will have a 335 000 metric tonnes (MT) maize surplus.

Earlier, Farmers Union of Malawi (FUM) president Alfred Kapichira Banda urged government to empower chiefs in villages and other leaders in trading centres to ensure that no trader is offering farmers lower prices than the recommended ones.

CfSC observed in a paper titled A Reflection on The Cost of Living The Past One Year: Could Our Vote Contribute To Policy Changes That Fears Human Dignity that Malawi’s food poverty continues to rise necessitated by lower than minimum prices set on agricultural produce with average income falling below half of their requirements.

CFSC argues that while the cost of living is heavily determined by the trend of food costs, many people’s average levels of income fall below even half of their requirements.

Zomba City gears up for industrialisation