After witnessing uncontrolled tree-cutting and bushfires, a group of men and women in Nkhata Bay formed a cooperative to promote afforestation and reforestation, thereby improving their biodiversity stock.

For them, it is like killing two birds with one stone because apart from caring for the environment, they are able to generate income from the locally available natural resources.

“Every day I used to wake up very early in search of charcoal to sell if I didn’t produce on my own. Life was hard and, as a widow, all eyes were on me for my family’s survival,” she says.

From one charcoal bag, the mother-of-four could raise about K2 000 which was not enough to cater for her children’s school fees, food and clothing.

Mkandawire could not sell on a daily basis as people in the area rely on firewood and not charcoal as source of fuel. The only time she could trade was when she sold her merchandise along the tarmac road.

But after joining Mbwadu cooperative, her life has changed. She now has more money from her shares.

“I now have K250 000 worth of shares and I have already started building a house of my own. I believe in months to come, I will move out of my leaking house,” says Mkandawire.

Chairperson for the group Silveria Phiri says it is pleasing that the people, who used to exhaust natural resources for charcoal production, are now part and parcel of the group to help in conserving the environment while benefiting from it.

Phiri explains how an coming in of the Environmental Affairs Department (EAD) project called Adaptation Priorities through National Development Plans in Malawi (Adapt Plan) has taught them the best practices of recovering from climate change shocks.

He says: “Currently, we are able to harvest close to 30 kilogrammes of honey from a single beehive. That has improved our livelihoods for the better.”

Phiri adds that every 500 grammes bottle is sold at K2 000, and so far, people in the area now believe that honey is a reliable business.

He, however, says the expertise given to them by the forestry team in the district has helped the group to harvest more honey than before.

“We are now masters of environmental conservation and we have planted trees and let those that were cut to regenerate so as to give our bees more food,” says Phiri.

One of the bee-keepers Emily Banda says being in the group has helped to raise her confidence in society as she is now able to contribute towards her family’s financial requirements.

“I no longer feel inferior because sometimes when my husband does not have money, I help him out and that is how I believe marriages should work, being the helper of another,” she says.

In 2015, the Ministry of Natural Resources, Energy and Mining, through EAD, with financial help from the United Nations Development Program (UNDP), introduced the Adapt Plan project to help vulnerable people with various adaptation initiatives.

This was mainly because climate change has come with various effects, including poverty which has made a lot of people resort to cutting down trees to produce charcoal for sale to make ends meet.

Bee-keeping is one of the activities that were available for communities to choose from and Mbwadu Bee-keeping Cooperative decided to honour the environment by protecting and benefitting from it.

Mpamba Extension Planning Area (EPA) assistant forestry officer Lovemore Mkhunkha says the coming in of the cooperative has strengthened the measures taken by EAD to conserve the environment in the area.

He says: “When people are benefiting from the environment, they do a lot just to protect it. These bee-keepers have planted trees and make sure no one is seen cutting down trees in the areas where the beehives are mounted and this has greatly helped us as Forestry Department.”

Although practised by many small farmers, bee-keeping is often not fully appreciated by policy-makers as evidenced by a general lack of support mechanisms for these small bee-keepers.

In many ecosystems, bees are important pollinators, ensuring the maintenance of those ecosystems. For a long time, agriculture has recognised the value of pollination by bees.

The art of creating speakers 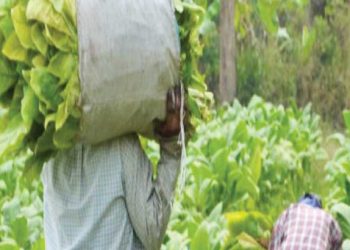 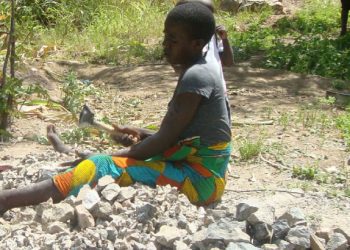 The art of creating speakers