Malawi Government has urged cooperatives in the country to seriously venture into export business.

They have also been asked to manage supermarkets and retail chains stores in the country.

Minister of Industry and Trade John Bande made the appeal in Lilongwe last week when he launched the United Nations International Year of Cooperatives (IYC) in Malawi under the theme â€˜Cooperative enterprises build a better worldâ€™.

Bande also said it is the wish of government to see cooperatives in the country run value-addition factories in agro-processing and also turn farming into serious profitable businesses.

â€œThe government would indeed be very happy to see Cooperatives providing financial services in areas where such services are not provided, providing affordable housing in towns and cities, nurturing forestry and wood based value addition and marketing,â€ he said.

The minister assured all cooperatives that government will provide necessary support to ensure that a number of cooperativesâ€™ goals are realised.Â

He said 2012 has been attached special significance in that the worldâ€™s attention is focused on cooperatives and the role that they play in the economic and social development of its members and the communities within which they operate.

Â Globally, according to Bande, cooperatives are recognised as a vehicle through which all people can interact and engage in decisions that affect their social and economic well-being and eradicate poverty.

Â â€œThe levels of poverty, inequality and unemployment in Malawi, necessitates support to a model that seeks to empower groups of people to participate in the economy, as opposed to individuals,â€ said Bande.

He said government is aware that cooperatives in the country have for a long time played a very low profile in the countryâ€™s socio-economic development and despite many uncoordinated and fragmented economic activities.

The three-year project is aimed at capacity building for cooperatives by focusing on Malawian smallholder farmers.Â

Bande said government believes at the end of the project beneficiary cooperatives will improve their yields, diversify their crops and get better prices for their harvest leading to improved livelihoods.

During the event, chairperson for the organising committee Paul Makolosi said cooperatives continue to touch lives from the villages, towns and cities across the globe.

He said across the globe, cooperatives are running bans, providing affordable housing in towns and cities, managing supermarket and retail shops, among others. 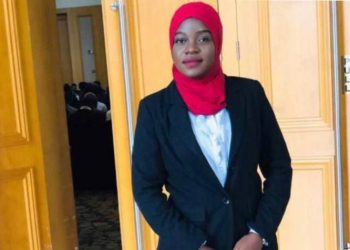