After attaining independence from the colonial powers, there were celebrations by people of various African countries that they had liberated themselves.  Little did most people know they would face another form of oppression from dictatorial leadership.  The majority of leaders were overwhelmed by the level of power and in the process became dictators who unfortunately were much more difficult to dislodge from power.  As it were, it was up to Malawians to get rid of the dictatorship by Dr. Kamuzu Banda.  Outsiders— whether as individuals or regional organisations— could only sympathise with Malawians as they struggled throughout the dictatorship and nothing else.  Fortunately, during the early nineties, there was democracy wind of change blowing across Africa and Malawians took advantage of that and started agitating for change.

It took Malawians both in the country and the diaspora to fight against dictatorship by using the voice of reason.  The one thing to note is that no matter what, it was to take the people of Malawi to bring change.  Foreign countries and organisations can only mention it at conferences and it ends there.  The outside world does not want to be involved in issues of a sovereign State to avoid being blamed for destabilising other countries.  This is a wake-up call to all Malawians that it is up to them to shape up their country for the good of all.  The opposite is the same that the downfall of the country, whether economically or otherwise, will be done by Malawians themselves.

It is true that Malawi is very poor and the situation has become worse during the 26 years of democracy.  It is equally true that a lot of donor funding has been coming into the country throughout the 26 years.  Unfortunately, there is nothing much to show for this.  The past leadership had been satisfied with the fact that Malawi is a sovereign State with its own flag and national anthem.  Therefore, they might have thought it was alright to be impervious to any voice of reason.  Unfortunately, in the process, the economy was being destroyed.  The country started turning upside down to prove to the leadership that sovereignty without economic independence meant nothing.

Indeed, poverty in Malawi reached the apex during the Mutharika leadership.  This is because during his era the catalysts of poverty were institutionalised such as corruption, nepotism, stealing of public resources, including money and general abuse of power.  Hence, arrests of various suspects who are waiting to be tried in courts.  Most of these suspects are billionaires after working in government and some were even Mutharika’s right hand men as civil servants.  It does not need a genius to know that no genuine civil servant can be a billionaire.  What has been observed is that the billionaires in this country are people who have specialised in converting public resources into personal fortunes.  To save face, the leadership then might claim not to know anything about the plunder.  It is difficult to buy such a story.  So far, the plunder of Malawi is a wake-up call that every Malawian must be alert and report immediately any signs of plunder to relevant authorities.  This is how the country can develop.  It is naïve to expect people from other countries to come and save Malawi from collapse.  Even under difficult circumstances Malawians have achieved the change in leadership.  Therefore, they can also work together and develop the country.

Churches should innovate amid Covid-19 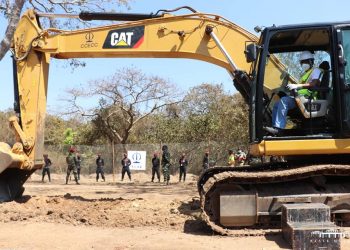 Churches should innovate amid Covid-19