The International Monetary Fund (IMF) has warned that Malawi’s economic problems are “quite complex”, saying that no single programme can solve the economic woes.

IMF resident representative Jack Ree said this in an interview on Friday in Mangochi on the sidelines of the Economics Association of Malawi (Ecama) Annual Lakeshore Conference in the context Malawi’s successful completion of the first review of the three-year Extended Credit Facility (ECF). 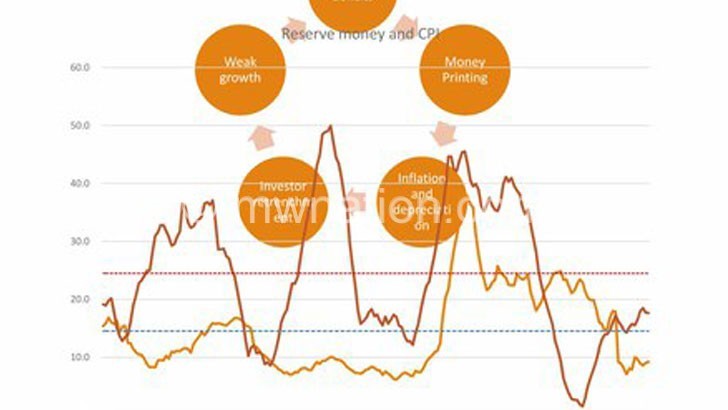 The review of the $112.3 million (about K85.2 billion) IMF programme has resulted in the disbursement of $15.4 million (K113 billion) balance of payment support.

Ree’s comments came after one of the panellists at the Ecama conference, Kisu Simwaka, who is director of economic policy research at the Reserve

Bank of Malawi (RBM), observed that out of the 12 programmes the country has had with the global lender, only three have been completed without problems.

But Ree said ECF is different from other economic programmes because it is about designing macroeconomic and fiscal policy mix and implementing those policies for a stable inflation and kwacha.

“It is more like stabilising blood pressure,” said Ree, who made a presentation titled Breaking Away: Can ECF Turn Malawi’s Economic Fortune?

The IMF official said Malawi has been a victim of climate change and weather-related shocks and its “income levels are low and the economy is not diversified”.

With May 21 just six months to the 2019 Tripartite Elections, the country’s ECF could be under threat as past experience shows that economic stabilisation tends to fall apart in an election year, a view also agreed by the IMF.

“If we can break away from that kind of a cycle, Malawi has a window of opportunity,” said Ree.

Panellists at the conference, under the theme Current and Emerging Challenges Toward Transformative, Inclusivie and Sustainable Economic Growth in Malawi, agreed that fiscal slippages have been a huge challenge.

Simwaka cited neighbouring Mozambique and Tanzania as well as Uganda that have done away with the IMF programme.

He said: “We need to reflect. Where is the problem? Where have we gone wrong? How come other ‘patients’ have checked out?”

Simwaka said since the 1980s, fiscal slippages seem to be a legacy problem, adding that dealing with a problem that has accumulated over the years is a challenge.

On his part, Candlex Malawi Limited deputy managing director Fredrick Changaya said ECF is not a panacea to the country’s economic problems.

“ECF is a like a drip. If you are sick and you go to the hospital, you are put on a drip. ECF is just a get-away or a starter pack,” he said, stressing the need to strengthen the Public Finance Management Act.

Taking his turn, Malawi Confederation of Chambers of Commerce and Industry (MCCCI) chief executive officer Chancellor Kaferapanjira said government’s appetite for borrowing and some interventions in the agriculture sector such as export bans choke the economy. n